‘I thought he was exaggerating at first’: Darius Garland’s nasty eye injury a shock to Jarrett Allen, Cavs 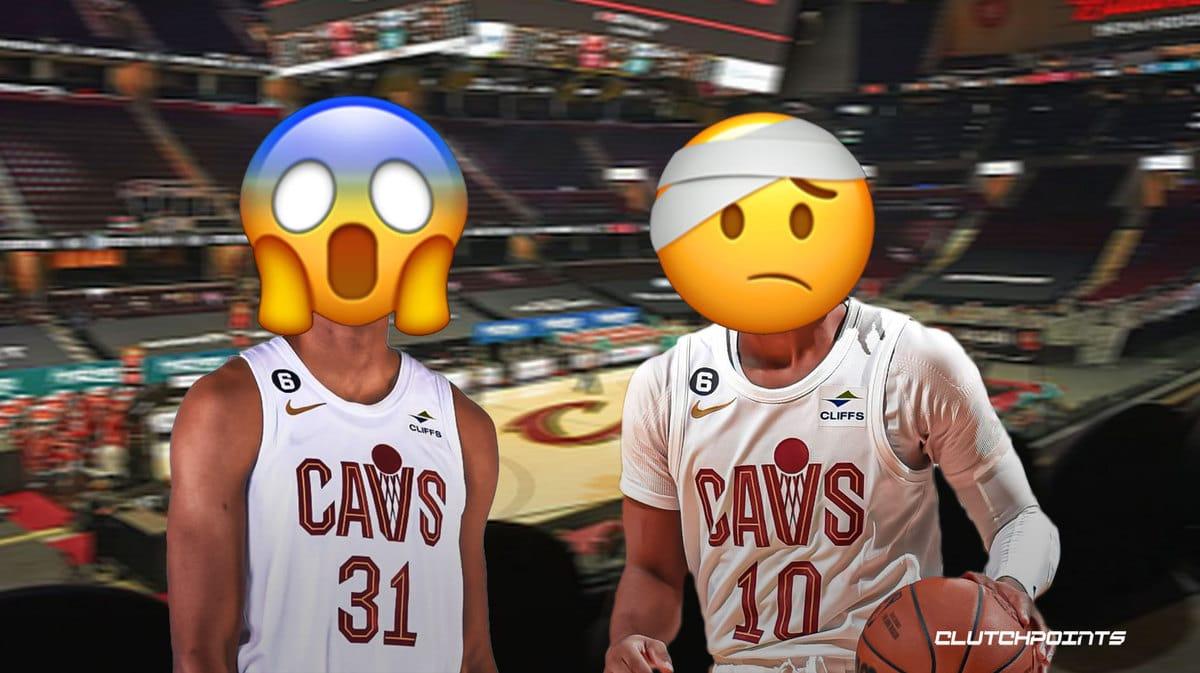 The Cleveland Cavaliers were dealt a brutal blow in the first half of their season opener loss to the Toronto Raptors on Wednesday as Darius Garland left early with an eye injury. The point guard was about to receive an inbound pass under the hoop before Gary Trent Jr ran across and tried to steal the ball, accidentally slapping Garland in the face, resulting in a brutal cut inside his left eyelid.

At first glance, Cavs big man Jarrett Allen didn’t think it was serious until Garland got up and looked slightly dazed. Via Cleveland.com:

“I thought he was exaggerating at first,” Allen said. “But then he wasn’t getting up, so I knew something was wrong. It looks like he got beat up.”

Darius Garland was ultimately helped off the court and walked down the tunnel at his own will. Cavs head coach JB Bickerstaff also gave an update on his PG post-game:

“His head and everything was clear,” Cavs coach J.B. Bickerstaff said following the 108-105 loss. “But he was cut and bleeding pretty bad from the inside of his eyelid.”

There is no timetable for Garland at the moment, but it shouldn’t keep him out too long. Before his departure, he had four points and three assists in 13 minutes of action. Donovan Mitchell stepped up in a big way to carry the offensive load, balling out for 31 points in his Cleveland debut. Spida revealed it was difficult to see Garland leave early, but he has full belief his backcourt mate will come back stronger:

“It’s tough to see him go down like that in a freak accident. That’s tough. Don’t know the full extent. Don’t have news for y’all. But he’s a fighter and he’s a competitor and he’s going to be back strong,” Mitchell said of Darius Garland. “The one thing about this group is we fought and competed. When one man goes down, the next guy is stepping up. I’m proud of the way this group responded.”

The Cavs are back in action on Saturday in Chicago. We’ll see if Darius Garland is able to suit up by then.