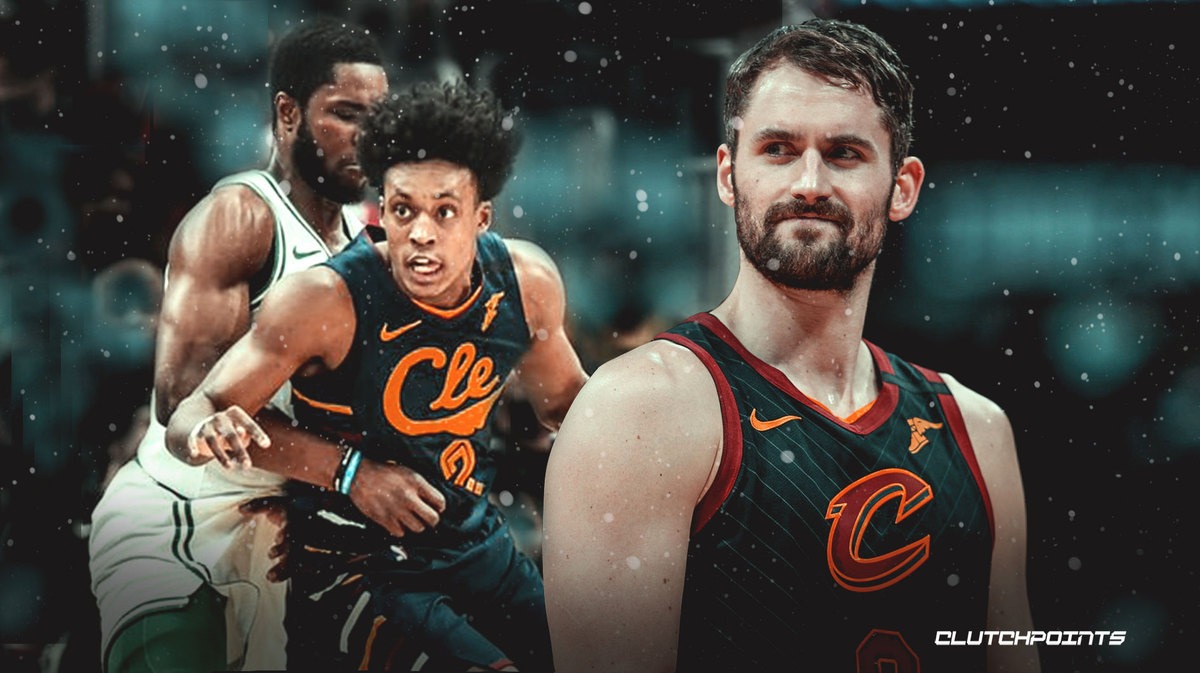 Cavs guard Collin Sexton netted a career-high 41-point night against the Boston Celtics, but it almost didn’t happen without some guidance from Kevin Love.

The veteran power forward gave him the green light to take the last shot of the game, but Sexton seemed unaware he had 38 points and was so close to the milestone:

“I told him we needed a 3,” said Love, according to Kelsey Russo of The Athletic. “I looked at him and I said, ‘Listen I’m taking the ball out. I’m going to give it to you.’ I knew he had 38, I don’t think he was really paying attention.”

Sexton uncorked the 27-foot jumper and buried it to get to the career-best 41 points, making it the second time in four days in which he has broken his best scoring mark.

Sexton now has the third-most 30-plus point games (five) in Cavs history before turning 22 years old, sitting behind LeBron James (100) and Kyrie Irving (30). Love is impressed by the improvement:

“He’s a guy that nobody is going to outwork him, and I think you’ve continued to see that through this year, and continues to get better,” said Love.

The “Young Bull,” as many knew him coming out of Alabama, has proven to be exactly that — relentlessly working on his craft and becoming one of the Cavs’ most dependable scorers from the guard position.

While a lot of these feel-good moments are coming in losses, Love likes the direction they’re going:

Sexton is quickly becoming a high-octane scorer and a dependable one at that, giving Love plenty of reason to feed him the ball in the remaining games of the season. The young guard is now up to 20.5 points per game on the season.