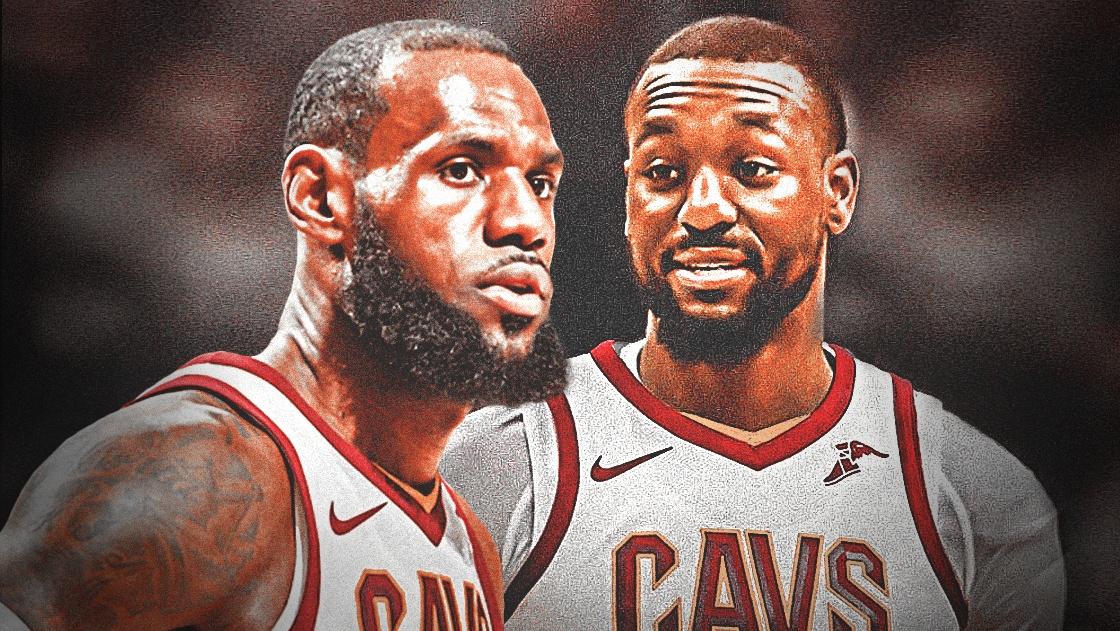 The Cleveland Cavaliers front office is in a rather difficult position, not only going into this NBA Draft blindfolded, but also without any clear notion of how to make LeBron James opt into his player-option for 2018-19.

Their best bet? A shot in the dark, but one that could make him take a quick glance back, already having a foot out of the door.

ESPN’s Ian Begley noted that the Cavs would need to trade for a point guard, addressing the dire needs this team had during this year’s NBA Finals — making Charlotte Hornets All-Star point guard Kemba Walker the perfect target.

“I just think you have to trade for a point guard who can make things easier for everybody on the court, including LeBron,” Begley said during an appearance on “The Bull and Fox Show” on 92.3 The Fan.

“Kemba Walker was dangled by Charlotte before the trade deadline,” Begley continued “If you could somehow land a player like him in a trade prior to the draft … shortly after the draft, I certainly think that would impact LeBron’s thinking.”

The Cavs’ prized No. 8 overall pick, one they protected at all costs throughout the course of the regular season — becoming the lone important asset remaining from the Kyrie Irving trade after Isaiah Thomas and Jae Crowder were traded away.

It is unlikely that any draft prospects alone would entice James to stay at this point of his career, as he is looking to win now and is unlikely to be wowed by a player that still needs developing.

But the pick could certainly be used as a trade chip, giving the Hornets the eighth and 11th pick of the first round, allowing them to grow their franchise through young pieces.

Charlotte has seemed eager to make deals, recently trading Dwight Howard to the Brooklyn Nets in a salary dump move, yet no clear trade line remains, with the Cavs having many unwanted assets in their roster, now that they’re reportedly intent on keeping forward Kevin Love.

Cavs trying to buy into 2nd round of NBA Draft

LeBron James rumored to only be considering Cavs, Lakers

“I have to think that Koby Altman is working hard right now to try to put something together to make an impact,” said Begley. “It’s not just that draft pick, that first-round pick. But it’s an additional move, a trade that lands a strong contributor on that Cavs roster.”

Begley, who covered the Knicks for ESPN last season, noted it is a rather difficult trade to pull off and an even more difficult position to be in, as building another Big Three seems far-fetched with a plethora of assets that are seen as largely unwanted in this year’s market.

“It’s just such a tricky to position to be in, though. I feel for the management team over there,” said Begley. “Just because there’s so much uncertainty. How do you make a potentially franchise-altering transaction without knowing what LeBron is going to do?

“So, (it’s) certainly not an easy position for Koby Altman and those guys to be in and I don’t envy them.”