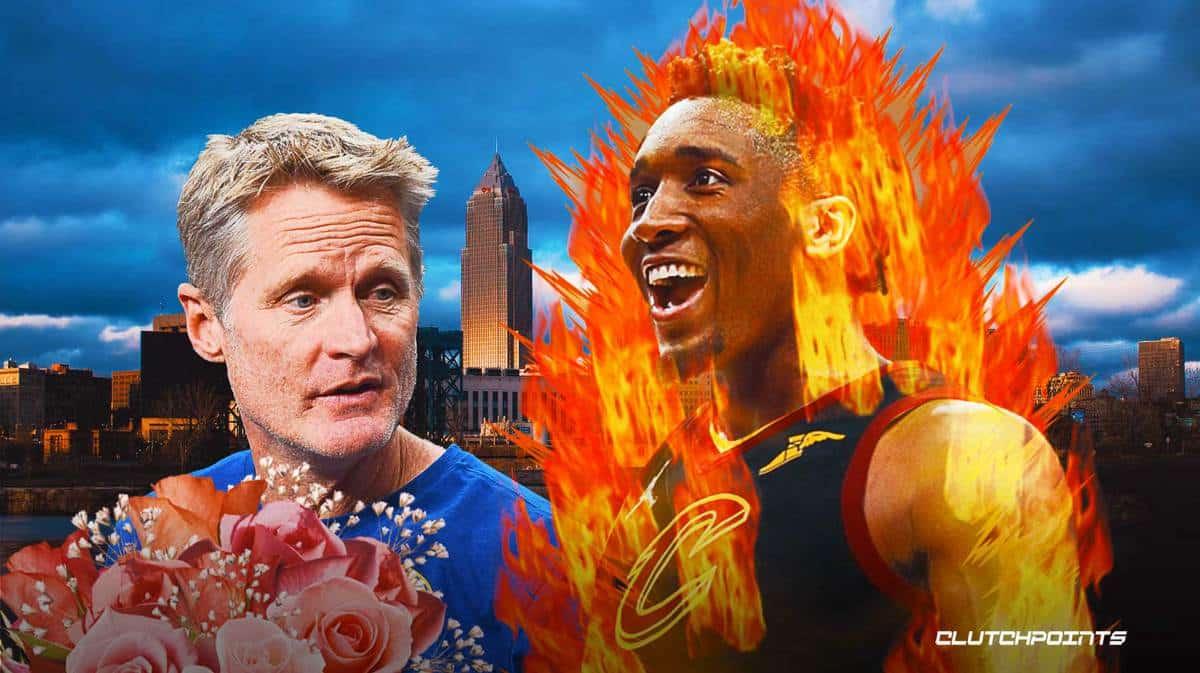 The Golden State Warriors host the Cleveland Cavaliers on Friday night, and it will be the first time the defending champs get to test their mettle against a new-look Cavs side. Donovan Mitchell has been nothing but amazing to start the season for his new team, and Warriors head coach Steve Kerr could not agree more.

Kerr had nothing but high praise for Mitchell for his strong start to the campaign, as well as for the Cavs for their vision in bringing this young man to Cleveland (h/t Bally Sports Cleveland on Twitter):

“Well, he’s a go-to scorer. He’s off to a scorching start,” Kerr said. “The ability to get a bucket out of nowhere, out of nothing — every team needs that. That’s what playoff basketball is about. So, when you have a young team like Cleveland that’s growing and is trying to gain traction in the league, you have that dynamic, it just gives them confidence. He’s been a perfect addition.”

Warriors' head coach, and former Cavalier, Steve Kerr says that Donovan Mitchell has been a perfect addition to Cleveland's roster.#LetEmKnowpic.twitter.com/XLVFqfFTAD

The Cavs are off to an 8-3 start, and there’s no denying that Donovan Mitchell has been integral to their success thus far. This is especially considering the fact that All-Star point guard Darius Garland had to sit out a handful of games due to an eye injury. In his stead, Mitchell has been tremendous for the Cavs.

Entering Friday’s matchup against the Warriors, Mitchell is averaging career-best marks in scoring (31.9 points on 51.4 percent shooting), assists (5.8), and 3-pointers made (4.3 per game on a 44.8-percent clip). The 10-game sample size is still small, but if he keeps up this pace, then the sky’s the limit for the Cavs this season.