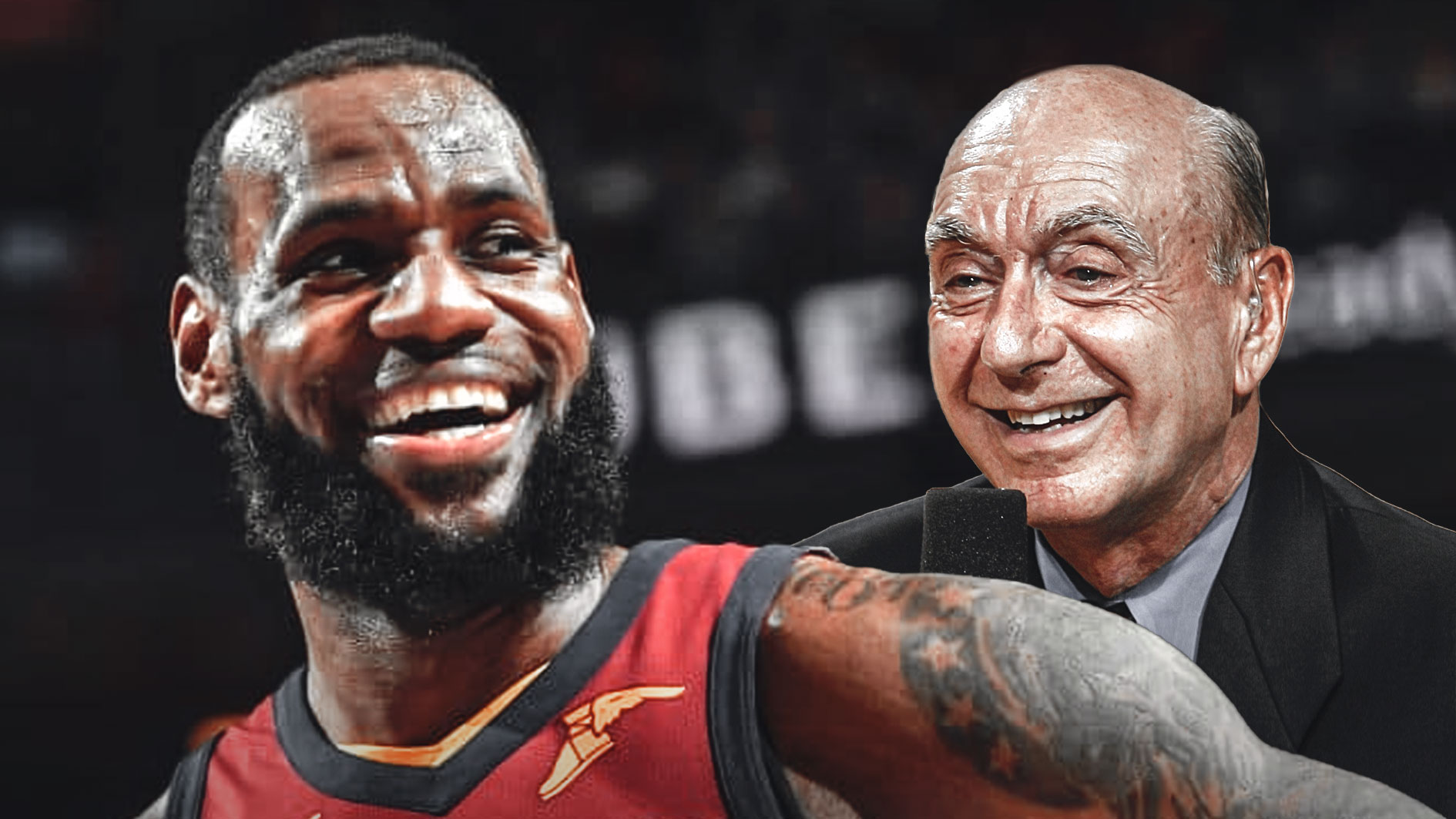 With LeBron James hitting his second playoff buzzer beater winner of the week there was a debate that was sparked up again. The debate between who is better LeBron James or Michael Jordan.

Although it is something that will never have a definitive answer, and most people are pretty stuck on who they feel is the better player, it is still something that will probably always be debated. For Dick Vitale of ESPN, he has made it pretty clear who he thinks is the GOAT. His guy is LeBron James.

Pls don’t waste my time with absurd comments after I stated @KingJames heading to be GOAT / look I respect u if Jordan is ur GOAT but give me a break when u say it’s not even close . U can’t be serious & I am sick of the 6 rings theory vs 3 / I think Pippen & Rodman were HOFers

Vitale took to Twitter after he hit the game winner to proclaim that he believes James is the greatest basketball player of all time. One of the big reasons that people feel that Jordan is better than LeBron is that Jordan has six rings compared to the three of The King. For Dicky V though, he doesn’t want to hear about that because Jordan had Pippen and Rodman to help with the six rings.

One thing is clear in the James and Jordan debate, even if LeBron isn’t the GOAT yet, he seems to be getting closer and closer to that status with each game. With James hitting his second buzzer beater of the playoffs, that gives him six career playoff buzzer beaters. That means he has more playoff buzzer beaters then Kobe Bryant and Michael Jordan combined.

LeBron James has also been one of the most clutch performers in playoff history. He is 12/23 on game-tying or go-ahead field goals with under 10 seconds left in the game.

Game-tying/go-ahead field goals with under 10 seconds left in the postseason:

In a class of his own pic.twitter.com/RStWD5vysu

This is a debate that will never be settled, but what James has done in his career, and especially this postseason, has been nothing short of special.