GoFundMe drive set up for a LeBron James statue in Akron There is a good chance that Cleveland Cavaliers superstar LeBron James will have a statue erected in his likeness outside of Quicken Loans Arena one day, but it sounds like his hometown of Akron, Ohio is ahead of the proverbial curve, according to a report from Craig Webb of the Akron Beacon Journal.

“A GoFundMe account has been set up with a goal to raise $1 million to put up a life-size statue in Akron of LeBron James,” Craig writes in his recent article.

So… who’s behind this GoFundMe account? According to Craig, the man behind this movement is Aaron Carey — a St. Vincent – St. Mary High School alumnus who played under James’ high school coach, Dru Joyce.

Carey, who was a member of two state championship teams at SVSM (2009, 2011) is currently living in Columbus, Ohio, where he runs a nonprofit organization that helps fashion designers on the rise. According to Craig, Carey has reached out to sculptor Omri Amrany to design the statue of James.

“We want to do this with the fans,” Carey told Ohio.com. “We want fans to be able to thank LeBron for what he has done for Akron and the Cavs.”

Carey, who noted that he has not reached out to James about this idea just yet, tells Ohio.com that a marketing campaign for the new statue is slated to kick off within weeks.

The first 15 donors of $30,000 or more would receive a limited edition miniature replica of the statue, signed by the artist. Another five miniature signed replicas would be auctioned in the latter stages of the campaign. The remaining five statues would remain in the possession of the artist.

As most hoops fans know, the Cavs are currently playing in the Eastern Conference Finals. Carey says he doesn’t want this campaign to be a distraction.

“We don’t want to be a distraction,” Carey said. “We want this to grow organically at first then hopefully meet with his team after the playoffs are over.”

As of right now, there is no set location for the statue (if it indeed comes to fruition). There are several locations being considered, according to Ohio.com. Carey’s first choice of location would be right outside of SVSM.

“We really want this to be in Akron,” Carey said in closing. “We talked to (Cavs owner) Dan Gilbert and he wants to put one up in Akron after LeBron retires. This is a young (depiction of) LeBron. I think this will resonate with the city. This is the LeBron we all knew as he came up through the ranks.” 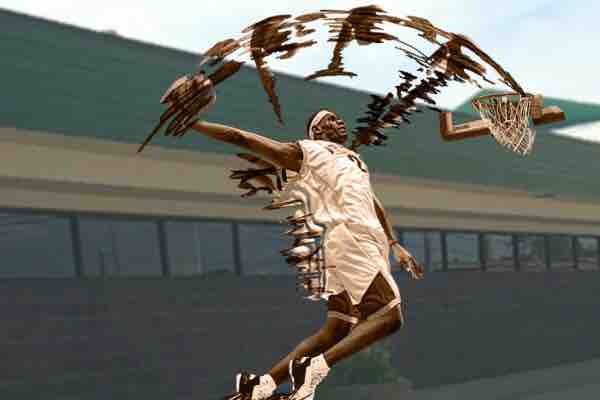 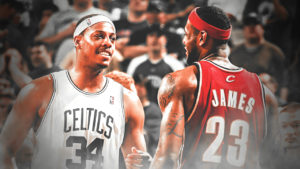