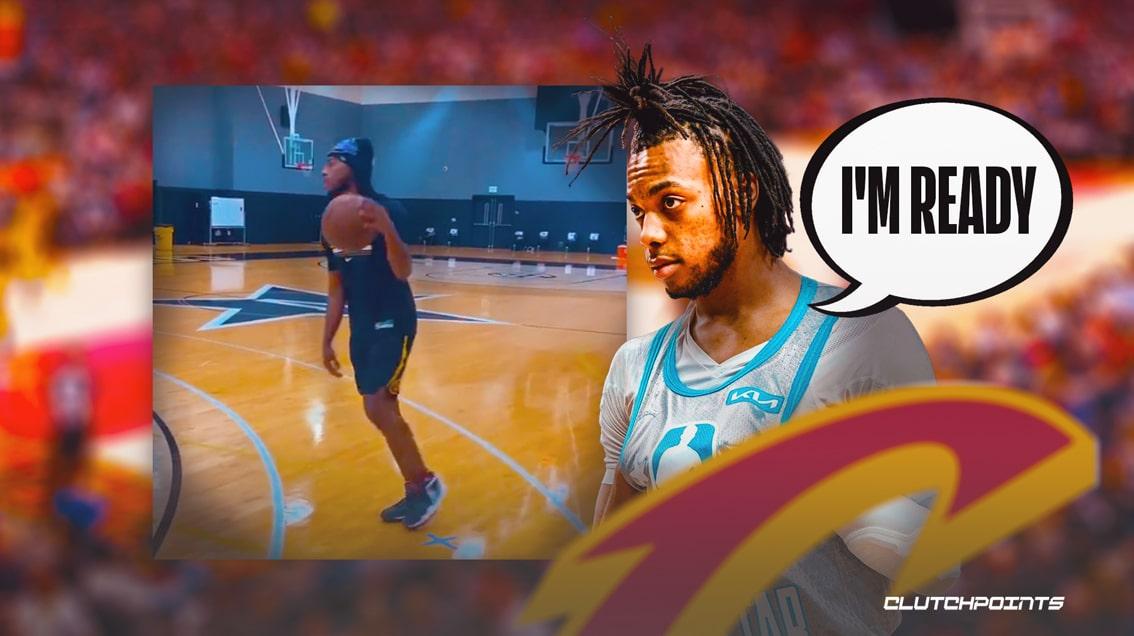 Cleveland Cavaliers star point guard Darius Garland broke out in 2021-22, averaging an impressive 21.7 points and 8.6 assists per game, leading the Cavs to a hot start before injuries derailed them into a 44-38 finish, good for eighth in the conference. While the end of last season will be especially disappointing for Cavs fans, the addition of star Donovan Mitchell will provide excitement and hope that the Cavs can claim their first playoff berth in 25 years without LeBron James.

But don’t forget about Darius Garland.

The fifth overall pick in the 2019 NBA Draft, Garland’s improvement will be key to the Cavs’ hopes of going deep into the playoffs, or perhaps even challenging for an NBA title, and Garland is tirelessly working on his game to make sure that the All-Star selection he earned last season is only the beginning of a much more fruitful peak of his career.

Darius Garland's been working on some new moves 👀

As seen in the sizzle reel above, Garland is working on his float game, and gaining separation on his drives so he could create better shots for himself off the dribble. Garland’s stepbacks, hesitation moves, and his ability to decelerate look on point, and this will be a terrifying sight for those who will be tasked to defend the 22-year old star.

Cavs fans will be excited to see the further development of Darius Garland, who’s been given the keys to the franchise after being inked to a five-year, $193 million contract extension back in July. It will be interesting to see how Garland and Mitchell co-exist in the backcourt, but Garland’s unselfishness and court vision should make him a terrific fit alongside the more scoring-inclined Mitchell. Size issues between the two will be a concern defensively, but the Cavs defense should be more than alright with the ascendant Jarrett Allen and Evan Mobley protecting the rim.

The Eastern Conference is stacked with playoff contenders, with as many as 12 teams realistically competing for 10 spots, including play-in berths. But after being knocked out of the play-in games last season with losses to the Brooklyn Nets and the Atlanta Hawks, the Cavs, led by Darius Garland, will be motivated to put last season’s frustrating conclusion behind them and come out of the gates scorching hot, especially if the sizzle reel above is any indication of what to expect out of the Cavs’ All-Star point guard.