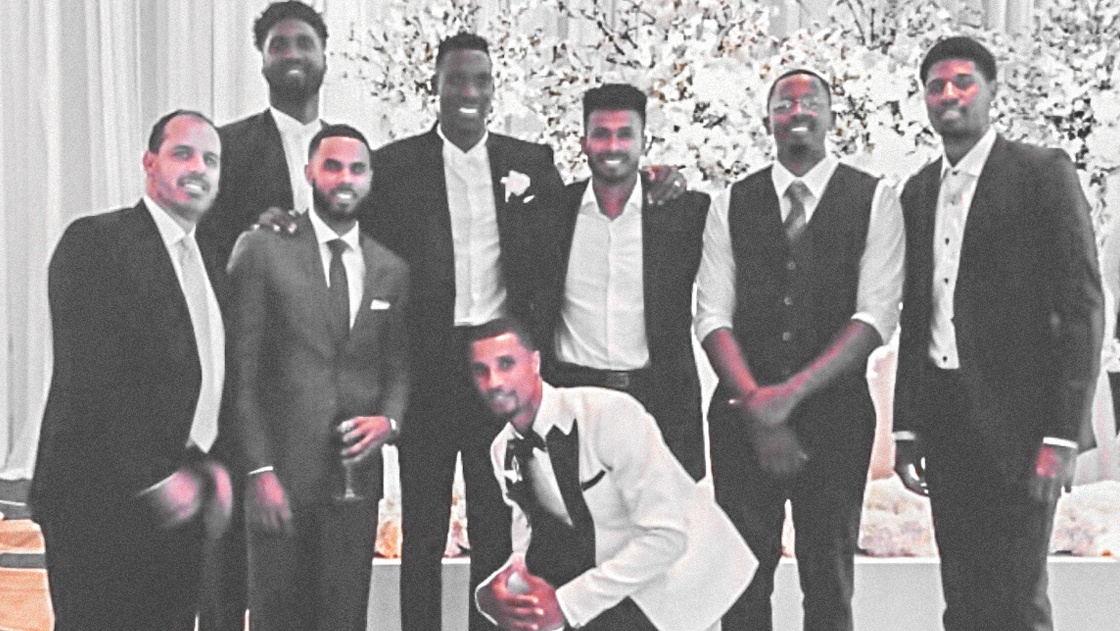 Cleveland Cavaliers veteran point guard George Hill got hitched on Saturday, and his wedding guest list featured a slew of former teammates from his days with the Indiana Pacers. Former Pacers coach Frank Vogel was also in attendance.

There is also some video of the joyous event.

Hill began his career with the San Antonio Spurs before getting traded to the Pacers in the infamous 2011 deal that brought the Spurs Kawhi Leonard. Hill spent five successful seasons in Indiana, with two of those years resulting in trips to the Eastern Conference Finals and losses to the LeBron James-led Miami Heat.

Vogel was the coach of both of those teams, and Hill, George, Hibbert and Mahinmi played on both squads. Augustin was on the 2012-13 team that reached the conference finals. Barbosa and Hill crossed paths briefly during the 2011-12 season, while Miles was Hill’s teammate in 2014-15 and 2015-16.

Hill’s Pacers tenure came to an end in 2016 when he was traded to the Utah Jazz as part of a three-team deal. The veteran then signed with the Sacramento Kings in 2017 before getting dealt to LeBron’s Cavs this past trade deadline when general manager Koby Altman frantically remade the roster.

Hill never quite got comfortable in Cleveland, averaging just 9.4 points and 2.8 assists in 27.9 minutes per game during the regular season. His numbers and his shooting dipped even further in the postseason, and his missed free throw in Game 1 of the NBA Finals was crucial.

Hill will play a mentor role to Cavs rookie Collin Sexton to start the 2018-19 season.