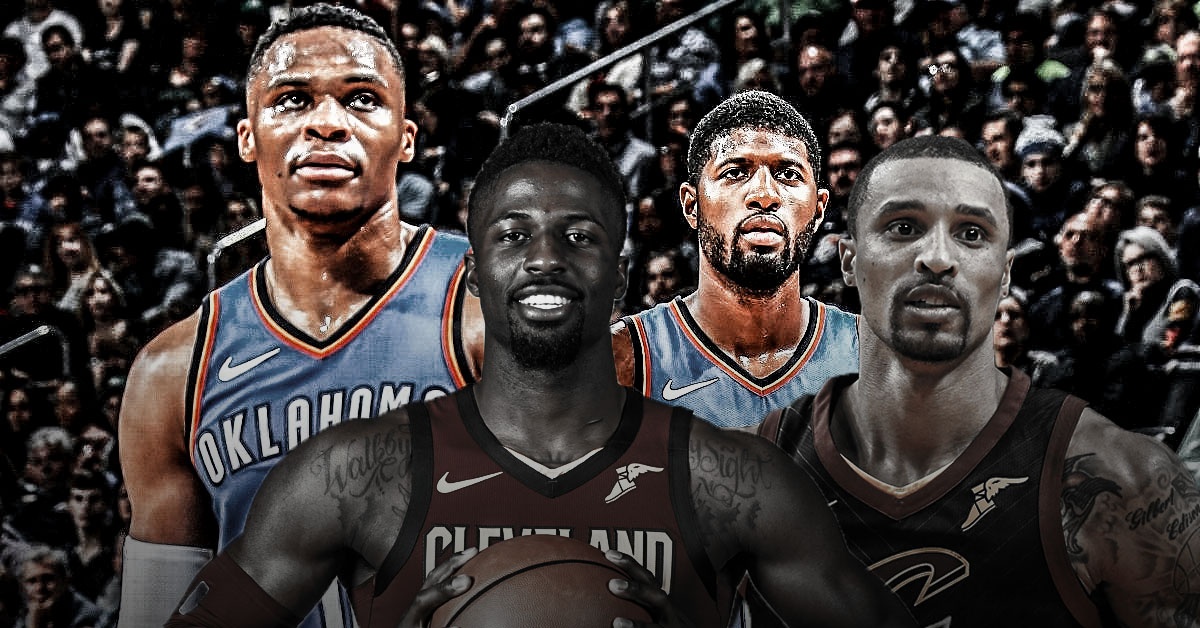 The Cavs will be without the services of George Hill and David Nwaba for Wednesday night’s game in Oklahoma City against the Thunder, according to a report from Chris Fedor of cleveland.com.

#Cavs George Hill and David Nwaba are both out tonight vs. Thunder.

Some reports indicated that Hill, who has been dealing with a sprained right shoulder ,might be cleared to play in Wednesday’s game, but it wasn’t to be. He went through portions of full-contact drills with his teammates earlier this week, including 4-on-4 work during Monday’s practice. However, his shoulder did not respond well, which is why the Cavs are being cautious with his return. With Hill ruled out, Cavs rookie Collin Sexton will be matched up against Russell Westbrook.

Nwaba, who has impressed fans in Cleveland with his hard-working style of play, will be missing a second consecutive game due to a sore right knee. That means Larry Nance Jr., who racked up 12 points, eight rebounds, seven assists, one steal and two blocks in Monday’s loss to the Minnesota Timberwolves, will likely get a starting nod.

Though their record doesn’t show it, the Cavs have fought hard in most of their games this season.

“We’re going in the right direction,” Cavs forward Kyle Korver told ESPN after Monday’s loss to Minnesota. “We had a tough stretch. We’ve got to keep bringing the same juice, we’ve got to keep on getting better, keep on learning, keep on building our chemistry and all these things.”