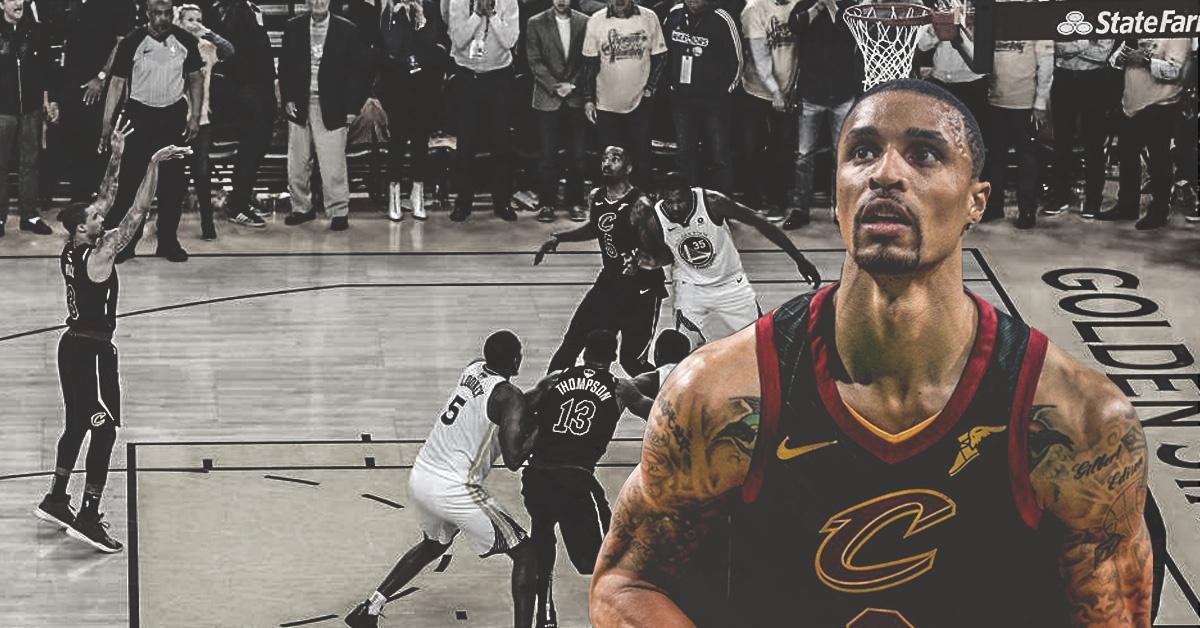 Now on his way out of Ohio after being traded, former Cleveland Cavaliers point guard George Hill has apologized to fans for missing the crucial NBA Finals free throw this past June. The Cavs could have won Game 1 of the 2018 Finals if Hill made that free throw, something that could’ve changed the course of the series.

Joe Vardon of The Athletic talked to Hill after he was traded to the Milwaukee Bucks:

“Sorry I couldn’t get it done when I was here for the Finals, missing that free throw, but it’s nothing but love,” Hill told The Athletic as he said goodbye to Cavs teammates. “You gotta give the organization thank you, you gotta give my teammates a huge thank you for welcoming me with open arms since I first got here, giving me a chance to play in the NBA Finals, something I’ve never dreamed of. So for me it’s kind of bittersweet.”

This was Hill’s first career Finals appearance. He came close to basketball’s biggest stage during his time with the Indiana Pacers, but ironically lost to the LeBron James-led Miami Heat in consecutive years.

Still, the veteran point guard is not set on dwelling on failure as he expresses his understanding of the business side of the league:

“You don’t want to leave a place that you create relationships with your teammates and people in the organization, front office and things like that, but, it’s a business,” Hill continued. “Get another opportunity to take my talents and my game down to Milwaukee and try to help them win games as best as I can.”

Hill, 32, will definitely contribute to the Bucks through his leadership, perimeter play, and playmaking.