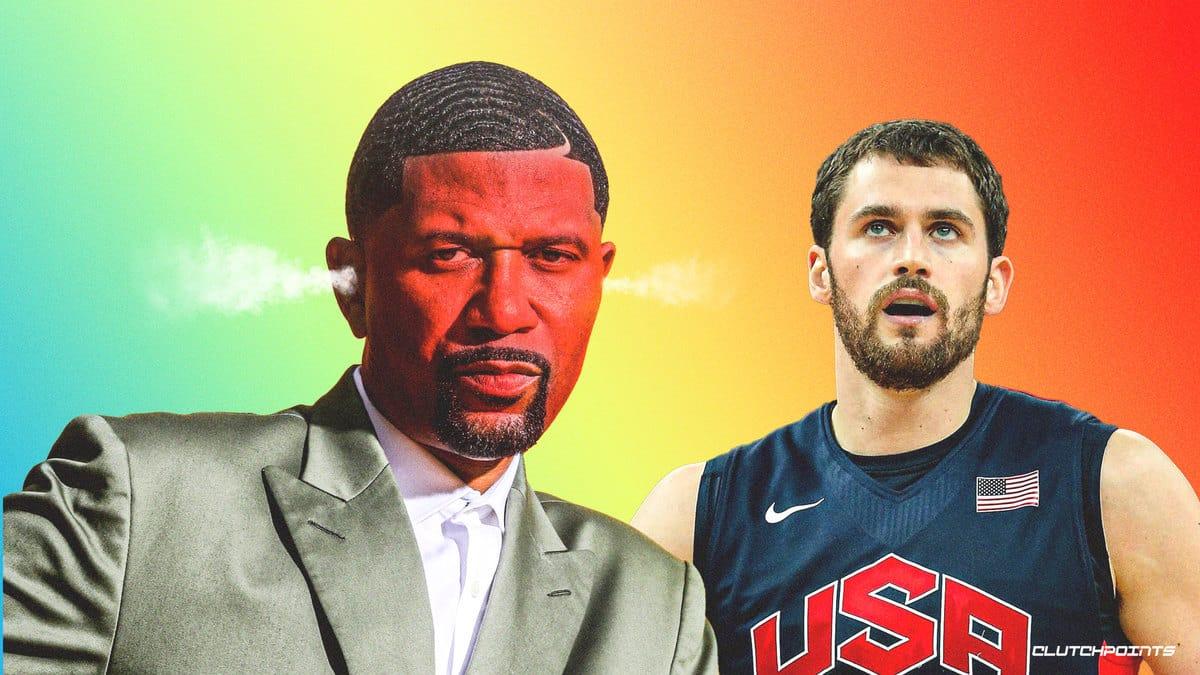 The United States’ contingency for the upcoming summer Olympics looks like another squad that’s set to bring home the gold medal. In spite of a number of notable exclusions, Team USA is as strong as always. If you ask ESPN analyst Jalen Rose, however, he has taken exception with the addition of Cavs big man Kevin Love into the squad.

Rose did not hold back with his criticism of Love’s inclusion to the national squad, claiming that this was born out of blatant racism:

“Kevin Love is on the team because of tokenism,” Rose said, via Bobby Burack of OutKick. “Don’t be scared to make an all black team representing the United States of America. I’m disappointed by that.”

Does Rose have a point here? I mean Kevin Love did not exactly have a memorable campaign last season, so there may have been other more qualified players that could have made the cut. Then again, the Cavs big man’s experience with Team USA is also something that he has going for him.

More importantly, you have to note that Team USA fielded an all-Black squad for the 2016 Olympics. So I guess this blows Rose’s argument out of the water then?

It just so happened that yesterday, Rose’s ESPN colleague, Jay Williams, was also in a bit of a pickle stemming from a race-related tweet. Williams made the audacious claim that Ime Udoka was the Boston Celtics’ first Black head coach — a statement that was absolutely wrong. Williams later claimed that his phone was hacked.

What’s up with ESPN analysts and their recent (inaccurate) complaints about race? Are they making sense here or is this an absolute stretch?