The drama surrounding the Cleveland Cavaliers has Coach Tyronn Lue’s job on the line but former coach David Blatt doesn’t think his former assistant is to blame. The team has lost 10 of its last 14 games heading into their game against the San Antonio Spurs.

Blatt was the subject of ridicule prior to the BSL All-Star Game when he said “I hope we don’t give up as many points as the Cavaliers did last night.”

His team subsequently lost and gave up 151 points.

Amidst the uncertainty, reports of team turmoil, and Lue’s job security in question, Blatt appeared on the “Taz & The Moose” show on CBS Sports Radio, and transcribed by Don MCormack of Amico Hoops.

“Ty Lue is not to blame for his team getting hit with 148 points in a home game nationally televised,” Blatt says. “You’ve got three former MVPs on his team. He’s got an experienced, championship-caliber group. If those guys don’t come to play, if those guys don’t have the pride and the belief in one another to get out there and perform at the level they need to perform at, Ty Lue is not the problem.”

Blatt minced no words as he made it clear that the players are the problem especially since the Cavs are a veteran team and the one with the oldest roster in the NBA this season.

“That group is the problem. They need to step up, man. Come on,” adds Blatt. “We as coaches are responsible for everything. That’s true. I know that. I’ve lived that everyday of my entire career.”

It’s important to note that the Cavs as they are currently constructed isn’t the same team that Blatt coached. He lost his coaching job two years ago despite an East-leading 30-11 record at the midway mark of the 2015-16 season. But he does know the coaches especially Lue.

Finally, Blatt puts the hammer down on who is really to blame.

“So I think it’s time for the players to step up and do their part. That’s what I think.”

The Cavs face the San Antonio Spurs tonight. Let’s see if the players step up as their former coach wants them to. 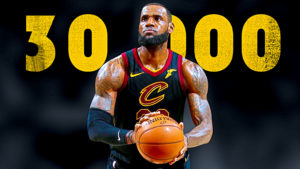