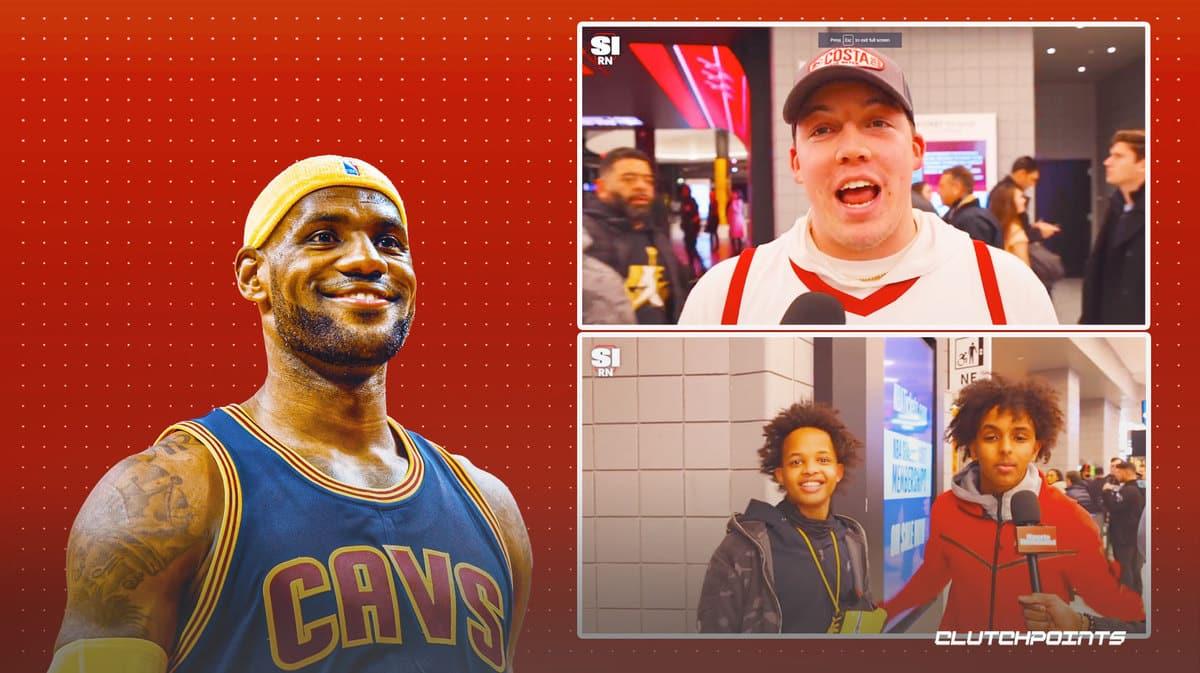 The Cleveland Cavaliers dominated All-Star weekend. The trio of Darius Garland, Jarrett Allen and Evan Mobley won the Skills Competition in an exhilarating fashion. The young Cavs took home the hardware and received tons of praise about how good they have been so far this season.

LeBron James said that another return to the Cavs is still possible. The team’s greatest ever player is going through a miserable season with the Los Angeles Lakers. Cleveland, meanwhile, is one of the best teams in the Eastern Conference thanks to a strong collection of young talent and James’ former Cavs teammate, Kevin Love.

Cavs fans gave their take on James returning to The Land. Many of them pleaded to come back home again while others cast their doubt.

LeBron said “the door’s not closed” on another return to Cleveland, so we asked Cavs fans if they think King James will really come home again 👀 pic.twitter.com/Gdd6b98JWE

Although none of the fans in the video explicitly said they don’t want James back, their doubt makes sense. James sounds committed to playing wherever his son Bronny lands. Although his stock as an NBA prospect isn’t completely known, he will likely be a top pick. The Cavs would have to make a massive trade for a top pick or become a bad team again in order to get him.

James, who will be a free agent after next season, could certainly compete for more championships with the Cavs’ exciting core. His close relationship with Garland should help the team’s odds at luring him back.

Whether or not James makes a second return to Cleveland, his career will always be remembered for the time he spent in his home state and the championship he helped win.