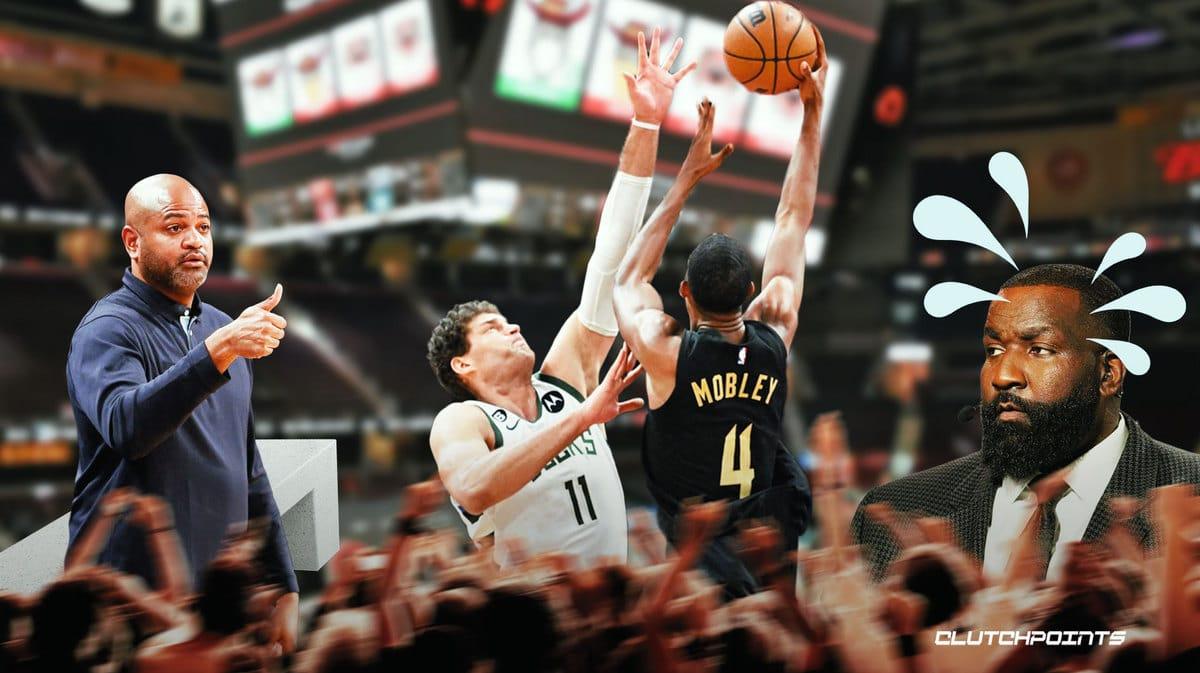 For just one night, forward Evan Mobley washed away any kind of doubt in his ability as he helped lift the Cleveland Cavaliers to a 114-102 win over the Milwaukee Bucks in Rocket Mortgage Fieldhouse.

Even after the Cavs let their foot off the gas in a 120-114 loss to a shorthanded Golden State Warriors team, head coach J.B. Bickerstaff showed confidence in the 21-year-old forward’s ability to dominate from just about anywhere on the court.

“There’s a version of Evan that is going to dominate this league,” Bickerstaff said in a postgame press conference. “We’ve seen it, I think, consistently in defensive moments, but there’s an offensive version of that as well, and I think it’s coming.”

Free from the worry of facing one of the league’s most dominant forwards in Giannis Antetokounmpo, Mobley proved he could be just that.

Mobley tapped into the skillset that brought him his previous career high, a 30-point outing against the Los Angeles Clippers in early 2022, when he scored 38 points against the Bucks. Just as he had in Rocket Mortgage Fieldhouse more than ten months before, Evan Mobley flooded the shot chart with close-range shots as he pushed and shoved his way passed Bucks center Brook Lopez and a wide variety of help defenders for easy attempts in the paint.

Dominant performances were nothing new to the former USC standout, who said he had the same level of belief that Bickerstaff had in him.

“I have that confidence for sure,” Mobley said in a Cavs postgame press conference. “It’s just staying consistent as possible and actually doing it. I’m just going to take this win, move on to the next one and play with the same amount of confidence…

“I’ll always believe that. Growing up, being a top player. I’ve always been naturally at the top. I definitely just always had that confidence in myself to really go out and do these kind of things. I just have to go out and do them.”