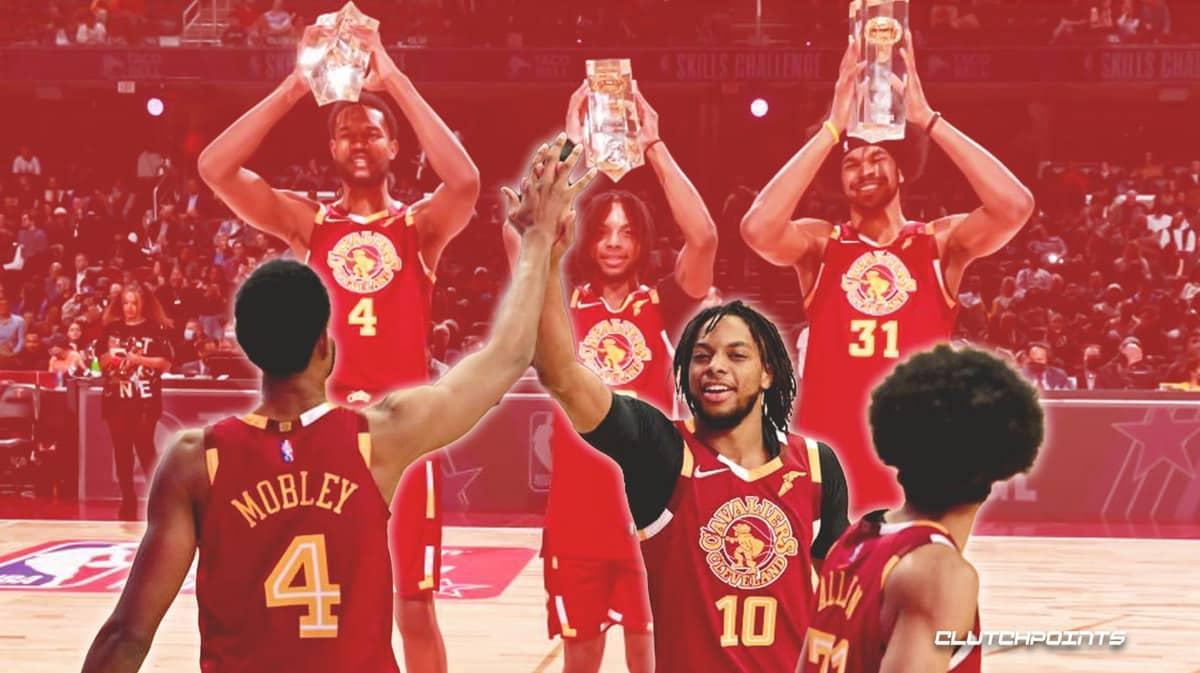 Evan Mobley of the Cleveland Cavaliers came up big for the home crowd as he nailed an epic half-court shot to win Saturday night’s NBA All-Star Skills Challenge. There was a lot of pressure on the Cavs rookie, but he made the shot regardless.

Here’s a look at Mobley’s challenge-winning half-court triple. Note that he nailed it in his first attempt, too! (h/t Bleacher Report on Twitter)

Team Cavs, who was composed of Mobley, first-time All-Stars Darius Garland, and Jarrett Allen, were up second in the final round of the challenge after Team Rooks (Cade Cunningham, Josh Giddey, and Scottie Barnes) went first. Cunningham drained his team’s half-court shot in just 9.9 seconds, leaving the Cavs trio with a limited time to try and win the title.

All eyes were on Darius Garland, who caught fire in the elimination round of the challenge. It was also the Cavs guard who drained a triple at the top of the key to eliminate Team Antetokounmpo in the tie-breaker from the first round. However, Garland didn’t even get a chance to attempt a half-court shot. Mobley drained his triple on his first attempt even before Garland could hoist his shot up.

Mobley, Garland, and Allen lifted their individual trophies in front of the adoring home crowd in Cleveland. It was definitely a nice win for the home team.