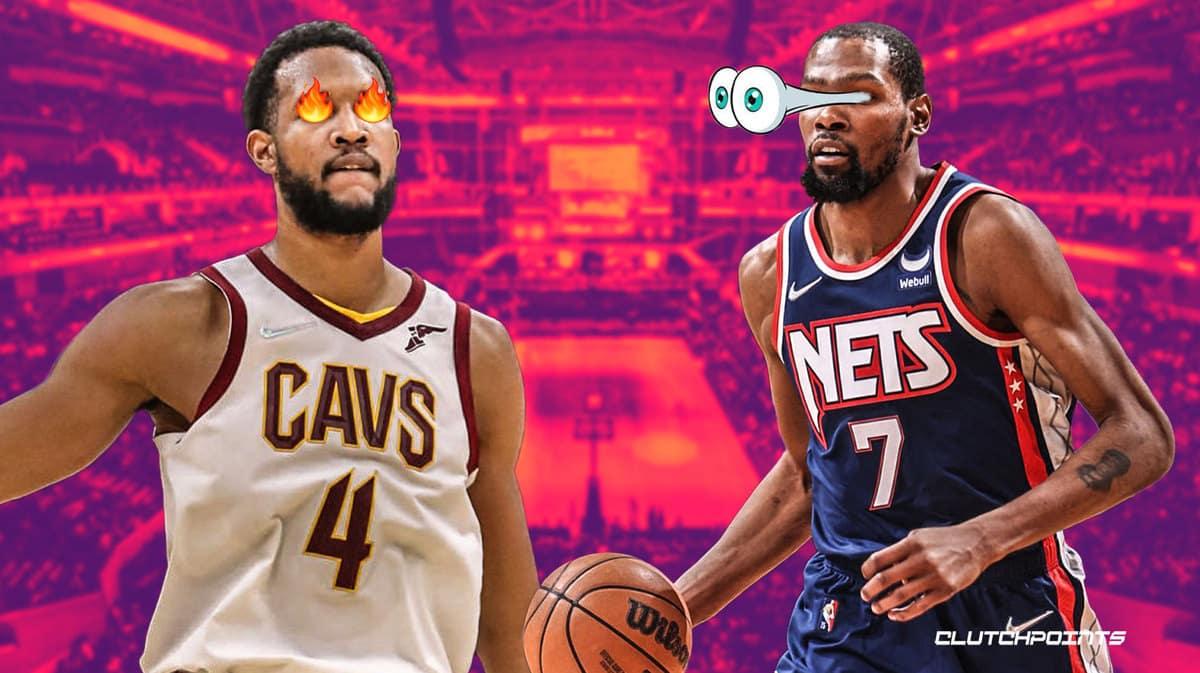 Despite ultimately falling short of the playoffs last season, there’s no denying that the Cleveland Cavaliers showed a lot of promise throughout what was a noteworthy campaign for this young squad. The emergence of rookie Evan Mobley had a lot to do with this, and it goes without saying that the 21-year-old’s development this offseason will have a significant impact on the Cavs in 2022-23.

Well, it is clear that Mobley is working hard on his game during the offseason. A recent workout session video clip is making its rounds on social media, and it features a determined Evan Mobley putting some work in with Brooklyn Nets superstar Kevin Durant (h/t ClutchPoints on Twitter):

Evan Mobley is looking like a COMPLETE player this off season 😤pic.twitter.com/cT7LMDUCp2

Mobley was one of the biggest revelations in the NBA last season. Selected as the third overall pick in the 2021 NBA Draft, there was a lot of pressure on this young man to perform on the big stage. He met all of those expectations as he proved that the Cavs made the right decision to pick him so early in the draft. We all knew he was good, but few realized that he was going to be this good this fast.

In 69 games played for Cleveland last season, Evan Mobley put up averages of 15.0 points on 50.8 percent shooting, 8.3 rebounds, 2.5 assists, and 1.7 blocks in 33.8 minutes per contest. If the former USC standout is able to take his game to the next level this coming season, then the Cavs could emerge as a real dark horse in the Eastern Conference.