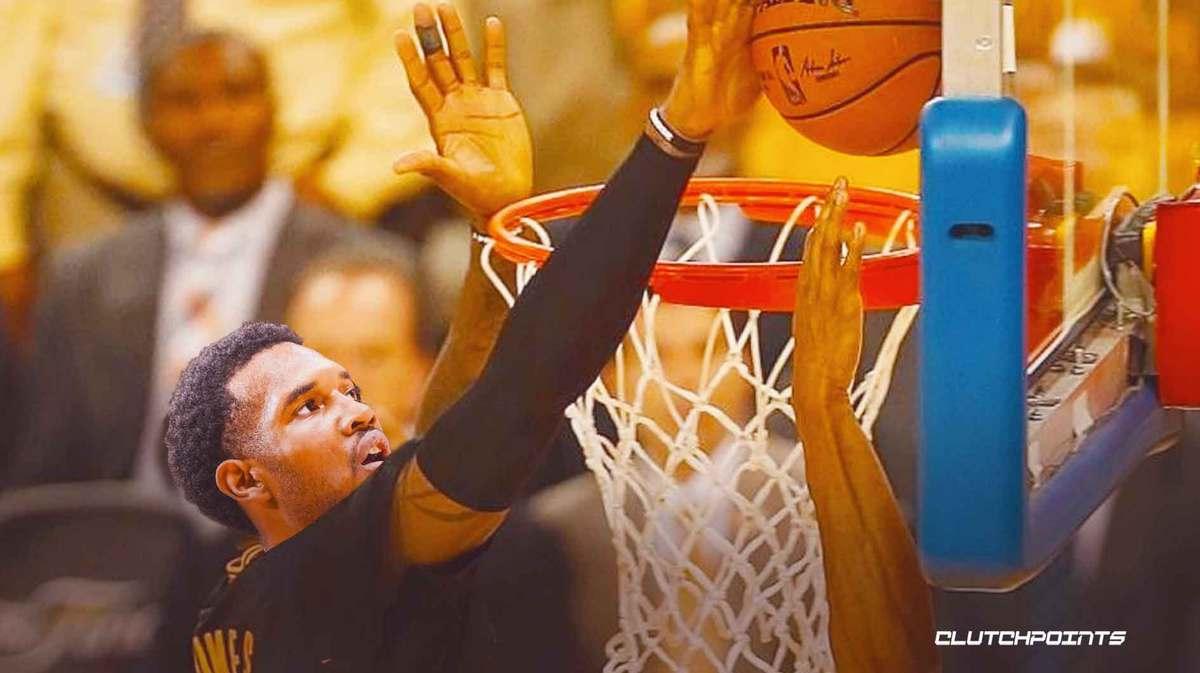 Cavs fans everywhere fondly remember that epic LeBron James chase-down block on Andre Iguodala during the 2016 NBA Finals between the Cleveland Cavaliers and the Golden State Warriors. Cavs rookie Evan Mobley is well aware of that historic moment and on Saturday against the Boston Celtics, the highly-touted 20-year-old submitted his own version of LeBron’s epic play.

Evan Mobley comes up with a HUGE block 😤 pic.twitter.com/ZIMxNA9nNd

Mobley timed his jump to perfection as he emphatically erased Tatum’s lay-up attempt off the backboard. The Celtics star probably thought he had an easy deuce coming only for Mobley to come out of nowhere to swat away his shot — just like LeBron did on Iguodala some five years ago. As an added touch, the Cavs were playing on their home floor against the Celtics on Saturday and the gold paint on the court is eerily reminiscent of the Warriors’ infamous Oracle Arena.

While it did not come in the dying seconds of Game 7 of the NBA Finals, Mobley still pulled off this impressive block still during a crucial juncture of Saturday’s contest. At that point, the game was tied with a little more than five minutes remaining in the fourth and final quarter. The Cavs would hold on for a huge win over Boston, 91-89.