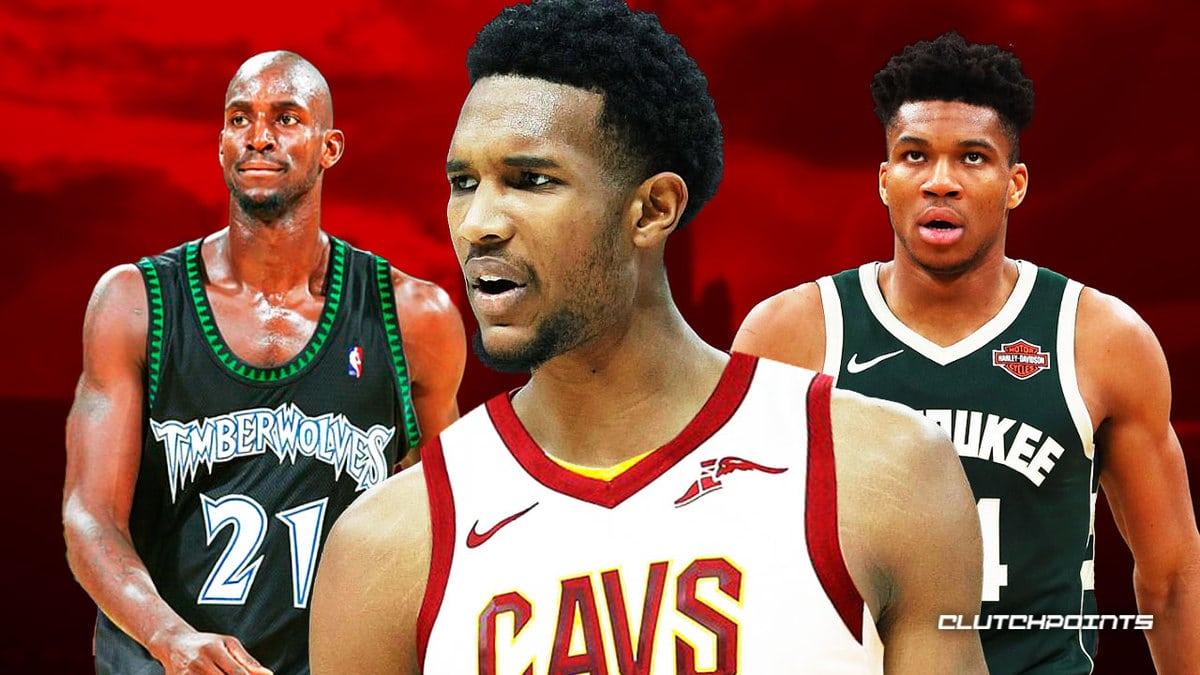 The Cleveland Cavaliers were among the teams who missed out on a chance to select Giannis Antetokounmpo in the 2013 NBA Draft. That year, the Cavs used their no. 1 pick on Anthony Bennett, who is no longer playing in the NBA and has never come close to giving Cleveland a 100% return on the stock they invested in him. However, the Cavs have struck gold years later with big man Evan Mobley, who was the third overall pick in the 2021 NBA Draft.

According to renowned NBA trainer, Olin Simplis, who is also referred to around the industry as The Guard Whisperer, the Cavs basically have a combo of Antetokounmpo and Basketball Hall of Famer Kevin Garnett in Evan Mobley.

Via Wenzell Ortiz of Sideline Sources:

“His next step is being in the conversations with the best bigs in the league,” Simplis on Mobley’s progression. “I see Evan as a hybrid between a Giannis and KG. The way Giannis takes the ball off the rim and puts pressure on the opposing team with the push and his playmaking abilities. KG’s back-to-the-basket turn-around actions. Just keep refining his overall game! The kid has a chance to be special.”

There’s really no doubt that Evan Mobley is a special talent. He is viewed as one of the cornerstones of a Cavs franchise that is coming off a surprising season in which they overachieved with a 44-38 record. Mobley and the Cavaliers came razor-thin close to making the 2022 NBA Playoffs, but that should only motivate the team going forward.