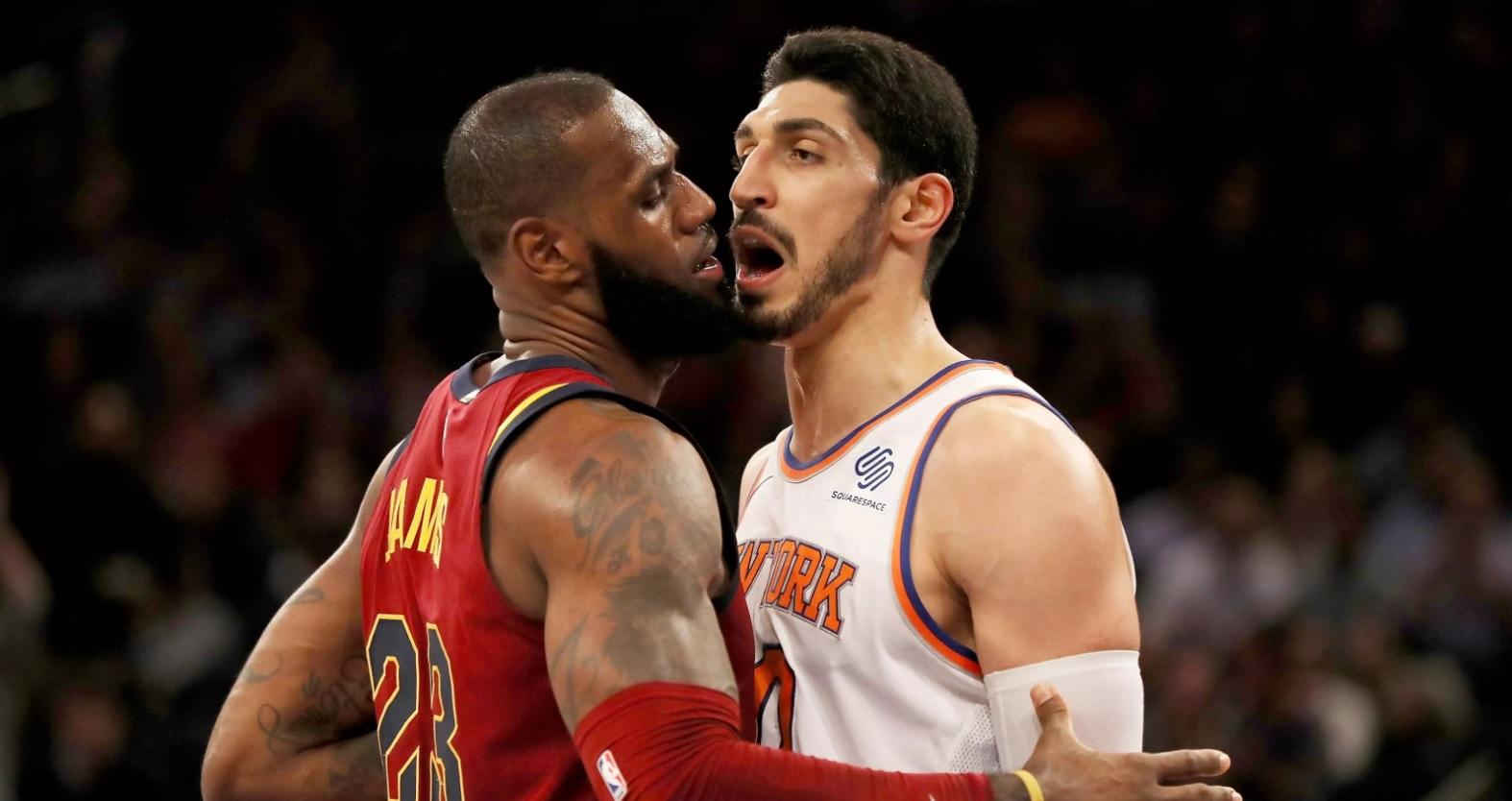 A few weeks ago, Cleveland Cavs star LeBron James and New York Knicks center Enes Kanter began a little feud when James made comments saying Mavs’ rookie KDennis Smith Jr. should’ve been a Knick. Clearly a shot at Phil Jackson for his bad drafting choice, Kanter responded to James’ comments after taking it as a shot at teammate Frank Ntilikina.

The Cavs and Knicks then played a few days later, where James and Kanter had a heated face-to-face exchange mid-game. That game ended with a couple of verbal shots at each other postgame, and both teams went on their way. Or so we thought…

On Tuesday night, during the third quarter of a matchup against the Miami Heat, LeBron James was ejected for the first time in his 15-year, 1,082 game career. James argued a call with an official, punched in the air and threw out a couple vulgarities before getting tossed from the game.

Kanter, who is very active on Twitter, took to the social media platform to take a jab at James by calling the referee who ejected James, Kane Fitzgerald, the ‘King of Cleveland.’

Kanter has never been shy about speaking his mind and taking shots at players he had issues with. Unfortunately for him, James finished with 21 points, 12 rebounds, six assists, and five steals in 28 minutes of action. His Cavs’ team was also able to close out the Heat and win their ninth straight game.

Meanwhile, Kanter has missed three straight games and his Knicks’ have lost all three by an average of 13 points per game. Maybe Kanter should focus on getting healthy and helping his team get on the winning track instead of trash talking the best basketball player in the world.