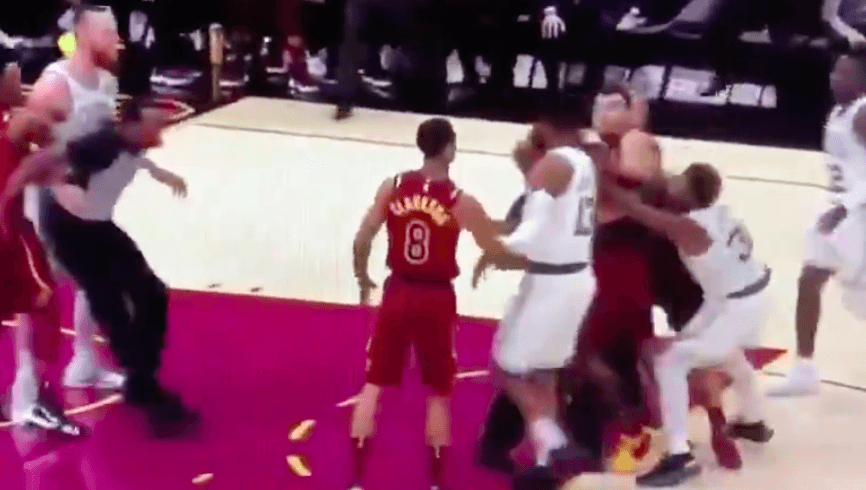 Emotions flared early in the Cleveland Cavaliers’ preseason match against the Boston Celtics Saturday night. It all started when Cavs guard J.R. Smith got entangled with Aron Baynes, leading to a shoving match between the two. But things got worse when Marcus Smart, unnecessarily, entered the picture which led to his ejection.

It was Smith’s preseason debut — Supreme tattoo covered and all — and he was off to a good start, hitting his first attempt from long range and denying Baynes the ball in the post. However, both players got uber aggressive while boxing each other out. Neither liked the aggressiveness displayed in the first quarter of a preseason game and both players exchanged sweet nothings and some shoves.

Before things could escalate between Smith and Baynes, Smart wanted some piece of the action — something he probably regrets now as he’s relegated to watching the game inside the locker room.

Without Kevin Love and Tristan Thompson, the onus is placed on Smith’s shoulders to lead this young Cavs team against their formidable foes. So far, he’s making a good account for himself both on the scoreboard and in terms of displaying toughness.

The Cavs’ play has been a pleasantly-surprising watch thus far. Sans LeBron James, the energy on offense is entirely different, exhibited by the faster pace and ball movement. Gone are the media circus and exorbitant amount of scrutiny that comes along with James’ presence.

It’ll be up to Smith and the other veterans to temper the locker room and keep the work ethic of the team’s younger guys in check. Up to this point, they’re doing a splendid job.