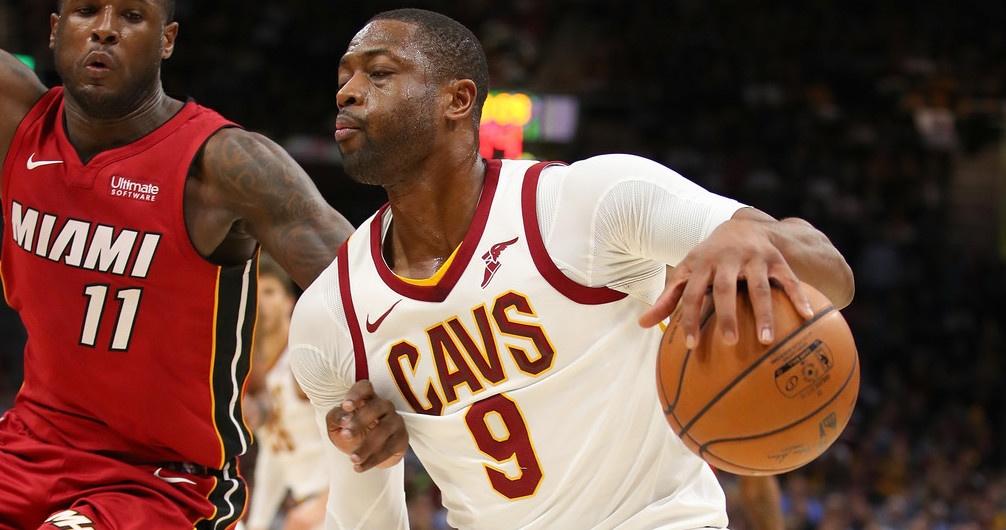 After Tuesday morning’s shootaround in Milwaukee, Cleveland Cavaliers guard Dwyane Wade sat down with reporters on the sidelines to answer a few questions.

Wade was held out of Sunday night’s 106-99 road win over the Washington Wizards for precautionary measures. There were reports of knee soreness, but most chalked up his absence to rest, as the game fell on the second night of a back-to-back set. The three-time champion says he will play in Tuesday night’s game.

“Are you feeling better after that game off?,” a reporter asked Wade.

“I’m feeling a little bit better,” Wade replied. “I haven’t really done much. Good thing about being here is you get a lot of rest. But I did go to Marquette last night before the game to get a workout in. I felt pretty good last night, so I’ll go today, see how I feel, and kind of go from there. But I definitely enjoy taking a vet day. I’ll have a couple more of those on the year. It will be good for me and it will be good for this team.”

Wade, now 35 years of age, said the decision to have him sit out of Sunday night’s game was not planned.

“Not really planned out,” Wade told ESPN’s Dave McMenamin. “We’re still getting to know each other, with the whole staff and everything. We’ve had a lot of games early, every other day or back-to-backs, etc. And now it’s time in the season where the training staff and everybody is starting to look at each players body and kind of hearing their worries and concerns. So we’re just communicating and looking at the schedule when it comes up and just seeing what’s best.”

“Obviously, I’m here for one reason, and that’s to compete in June,” Wade said in his closing remarks. “And we want to make sure that’s possible and that happens for this team. I’m a big part of it, so we’ll try to be as smart as possible. It’s hard for athletes to be smart when it comes to not playing because we all want to play all of the time, but I thought last game was a good step in that direction. But you don’t want to miss too much time either because you’ll be out of rhythm. You like being a part of that out there.”

In his 28 games played this season, Wade, the accepted leader of Cleveland’s bench unit, has turned in averages of 11.3 points on 45.2 percent shooting from the field (35.3 percent from beyond the arc), 4.0 assists, and 3.6 rebounds.

Wade and the Cavs, winners in 18 of their last 19 games, will look to keep their momentum rolling on Tuesday night when they take on the Bucks inside the BMO Harris Bradley. Tip-off is scheduled for 8:00 p.m. EST with Fox Sports Ohio, Fox Sports Wisconsin, and NBA TV having live broadcast coverage.