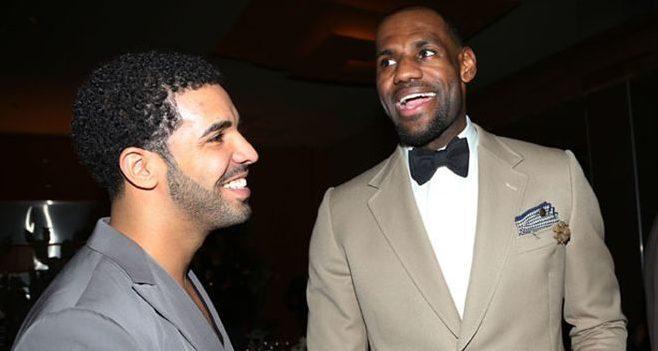 Over the weekend, Cleveland Cavaliers superstar LeBron James opened his Bath Township, Ohio doors to host a dinner party for some of his closest friends. James, a known connoisseur of all things music, invited Canadian-born rapper Drake, as well as Future the Prince, a gifted young DJ and producer. The King’s business associates were also in attendance for the gathering, including Rich Paul, Randy Mims (a.k.a. Ernie Ramos, as James would say), and Maverick Carter.

The actual reason for this meeting of moguls is still unclear. However, as they were sat at James’ dining room table, “No Complaints,” a new track from Metro Boomin’ that features Drake and Migos member Offset, began to ring out.

Despite the fact that Drake, a native of Toronto, is a known fan of the Raptors, it looks like his relationship with James is as strong as ever. There are some hoops fans who criticize Drake for being a “bandwagon fan,” but he disagrees.

“Well, first of all, I’d like to say that despite what everyone on the Internet thinks, I do not team jump,” Drake told Lauren Nostro of Complex in 2014. “In the past I’ve always supported the player and not the institution—unless we’re talking about the Kentucky Wildcats and the Toronto Raptors; I will never stray from them. But whether it comes to soccer or football or basketball, I have a lot of friends that play for a lot of teams. I’m not team jumping. I’m a supportive friend.”

With just over 50 days remaining until the start of the 2017-18 NBA season, it’s only a matter of time before we see Drake seated courtside and LeBron James doing what he does best.