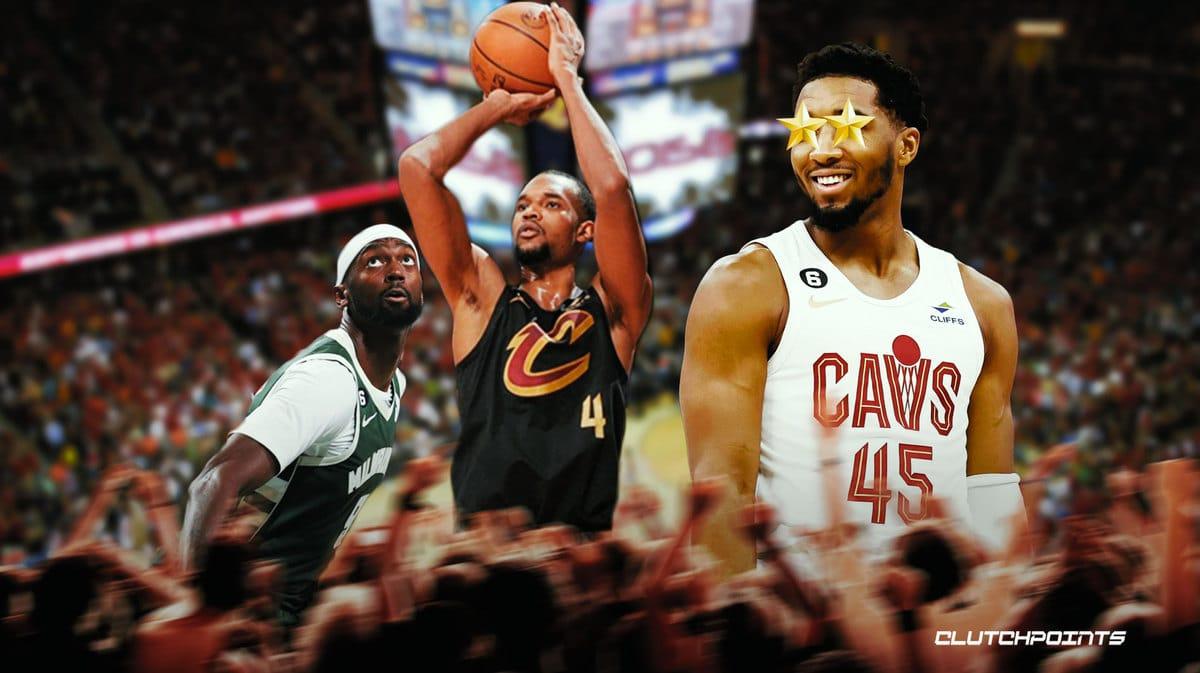 Cleveland Cavaliers guard Donovan Mitchell made one message perfectly clear as forward Evan Mobley tacked on a career scoring night against the Milwaukee Bucks on Saturday.

Evan Mobley earned a career-high 38 points against the Bucks, who started former Chicago Bulls forward Bobby Portis as Giannis Antetokounmpo sat out with a knee injury. He did not score a single point from the free throw or 3-point line during his scoring barrage, becoming just the fourth player in NBA history to do so since the 3-point line was officially adopted in 1979.

Donovan Mitchell led the celebration as Mobley was being interviewed by Bally Sports Ohio Cavs sideline reporter Serena Winters, dumping water on the 21-year-old forward along with guard Caris LeVert.

“Being able to see that against Milwaukee for us, but also for himself, to be able to see ‘ok, I can get here, this is what it looks like.'”

Mitchell described the “look” Evan Mobley got at Rocket Mortgage Fieldhouse on Saturday.

“He just gets this look about him,” Mitchell said. “It’s very small, he really doesn’t have much of a reaction to anything good or bad. But then, against Milwaukee, he just basically every time he caught it, he was decisive and strong about it and confident with his moves.

“I think that’s something that I’ve seen him grow to be continuously this year.”

The Cavs will tip off against the New York Knicks at 7:30 p.m. EST on Tuesday in Madison Square Garden. The game will be broadcasted on Bally Sports Ohio.