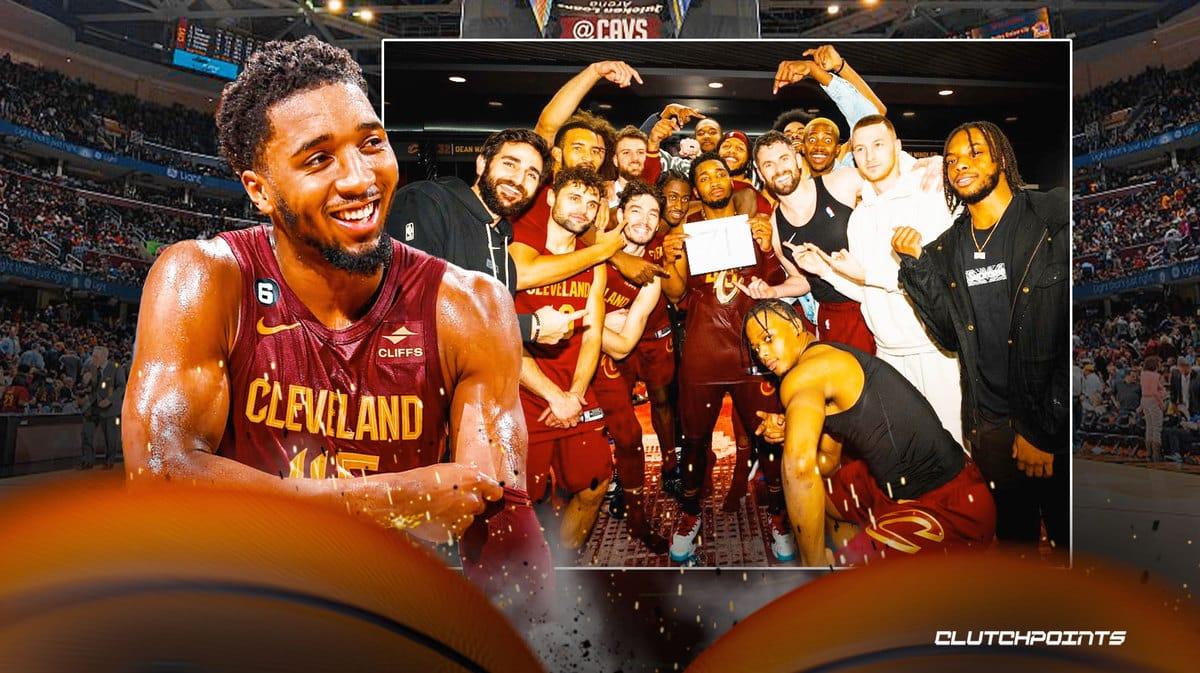 There might be no better way for anyone to start the New Year with a 71-point effort. That’s what Donovan Mitchell just did to lead the Cleveland Cavaliers to a rousing 145-134 comeback victory against the Chicago Bulls on Monday night, which should only be a sign of good things to come for the Cavs as they try to make the postseason (play-in not included) for the first time without LeBron James since 1998.

Mitchell, ever the explosive scoring magician, tallied his career-high 71 points on an incredible 22-34 shooting from the field (7-15 from downtown) and 20-25 from the charity stripe. And after such a historic effort – the second highest scoring output in the 21st century only behind Kobe Bryant’s 81 points – Spida justifiably admired his masterpiece on his official Twitter account.

Those are incredible images that show just how incredible a teammate Donovan Mitchell is. He could have just tooted his own horn after an insane scoring outburst, but he chose to include images of him with his team. He knows that he couldn’t have scored 71 points or gotten the win without help from his talented teammates.

Moreover, Mitchell did not hog the ball or kill the rhythm of the offense all night long. He took what the defense gave him, as he even finished with 11 dimes on the night. In fact, Mitchell scored or assisted on 49 of the Cavs’ 54 points in the fourth quarter and overtime, just an elite display of offensive dominance.

At the end of the day, this just shows that the Cavs’ trade for Donovan Mitchell is more than worth it. Mitchell has obviously allowed the Cavs to rise up a level, and it’s his presence that should make them a terrifying matchup come playoff time.