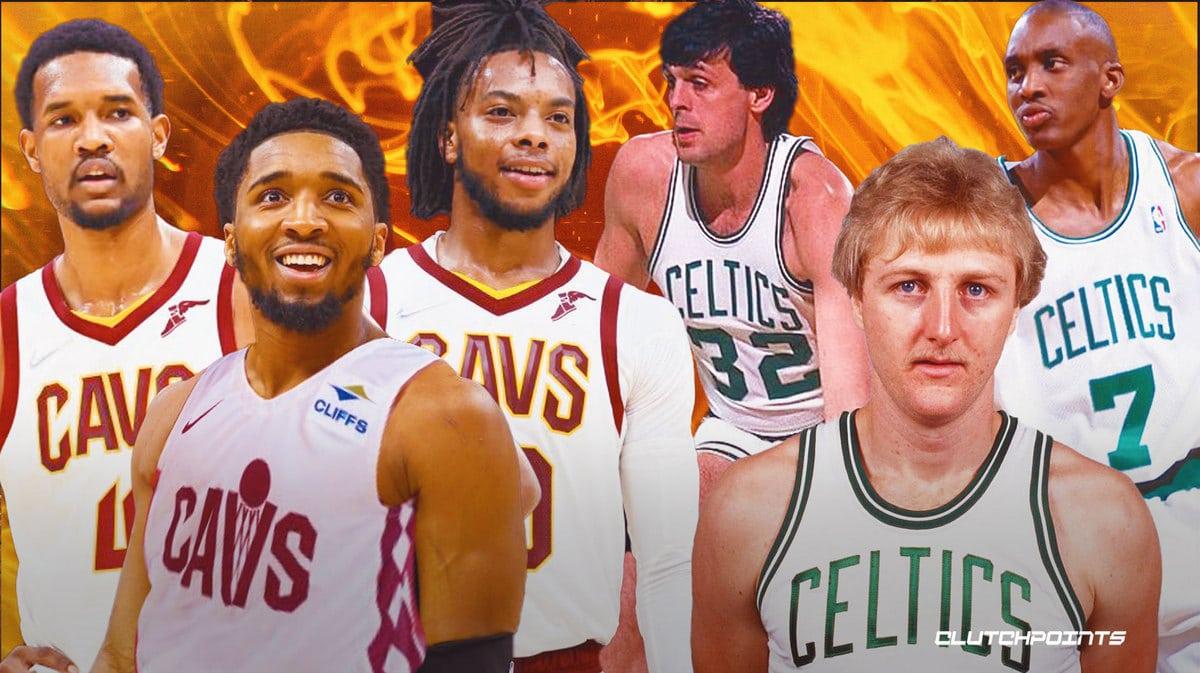 Months after being teased a trade to the New York Knicks, the Donovan Mitchell trade saga has finally reached its conclusion after the Cleveland Cavaliers acquired the explosive scoring guard in a blockbuster trade with the Utah Jazz. After a hot start to last season stymied by injury problems that led to the Cavaliers’ unceremonious play-in exit, the Cavaliers are adding Mitchell to one of the most coveted young cores in the NBA.

However, not only are the Cavaliers primed to make a leap in the NBA standings and perhaps make a deeper run into the postseason with the addition of Donovan Mitchell, they also made history that hasn’t been achieved in over thirty years with the Larry Bird-led Boston Celtics.

The 2022-23 Cavaliers will be joining the 1991-92 Celtics as another team in NBA history boasting the services of three players coming off an All-Star season and one coming off a 1st team All-Rookie selection.

The @cavs will now have three players coming off an All-Star season (D. Mitchell, D. Garland, J. Allen) and another coming off a 1st Team All-Rookie season (E. Mobley).

The key difference between the two history-making teams is that the Cavaliers are on the rise, while the 1991-92 Celtics’ core was aging and on the decline. The Celtics, in particular, were supposed to hand the franchise keys from the retiring Bird to the high-flying Brown, but he failed to emerge as a superstar talent which led to the Celtics title drought that only ended in 2008.

Meanwhile, the Cavaliers are adding Donovan Mitchell, only 25 years of age and squarely in the prime of his career, to flank the 22-year old Darius Garland, the 24-year old Jarrett Allen, and the 21-year old Evan Mobley. It’s safe to say that the young Cavaliers have considerable room to grow still, and with the return of Ricky Rubio and as Caris LeVert settles as the primary scoring option off the bench, the Cavaliers, sooner than anyone expected, could challenge for the Eastern Conference crown.

Heck, if everything goes right, the Cavaliers could even challenge for the NBA championship. That’s the kind of history Cavaliers fans would like this team to match the Larry Bird-era Celtics with: winning multiple rings and emerging as one of the greatest dynasties of all time.