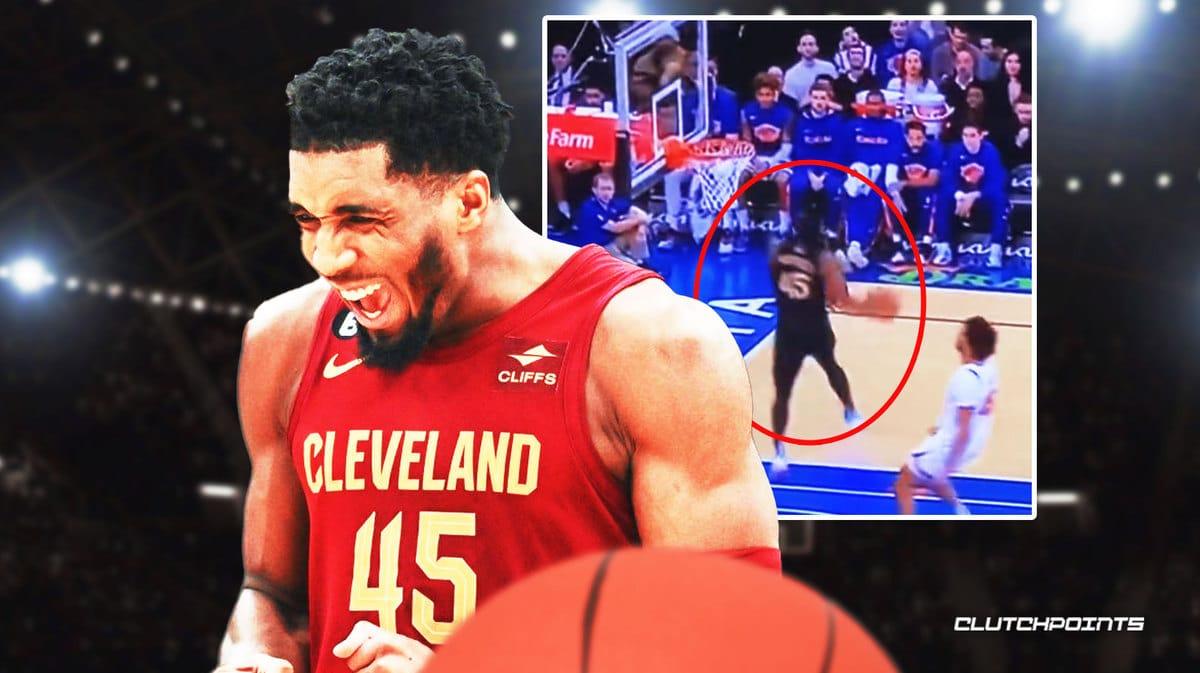 There are not a lot of players in the NBA today more exciting to watch than Cleveland Cavaliers high-flying guard Donovan Mitchell. He nearly added yet another dunk to his ever-growing list of highlights during a sequence in the third quarter of Tuesday night’s road game against the New York Knicks.

With a little over six minutes left in the third period, Cavs forward Isaac Okoro caught a pass and raced downcourt for what would have been an easy finish at the rim, but Knicks guard Jalen Brunson prevent a field goal by fouling him. Donovan Mitchell, who trailed Okoro, got the ball after the foul and punished the rim with a sick windmill throwdown, which, unfortunately for him and the Cavs, did not count because a whistle was blown before that jam.

It didn’t count, but this windmill from Donovan Mitchell was 🤧🤧🥶🥶🥶 pic.twitter.com/40SlkcPwIZ

Okoro would get to the line after drawing the foul from Brunson but he only managed to make one of his two shots during that trip to the foul line, thus making it even more regretful for the Cavs that Donovan Mitchell’s follow-up did not count.

Donovan Mitchell finished the game with 24 points on 9-for-24 shooting from the field while adding eight rebounds, eight assists, and four steals in 38 minutes of action. The Cavs ended up losing the game, 105-103. Jarrett Allen came up also with 24 points while Darius Garland chipped in 22 points.

Donovan Mitchell surely will have plenty of opportunities to pull off more in-game windmills. The Cavs will look to turn things around and start winning again this coming Thursday when they pay Jalen Green and the Houston Rockets a visit.