Donovan Mitchell speaks out on first taste of Cavs basketball 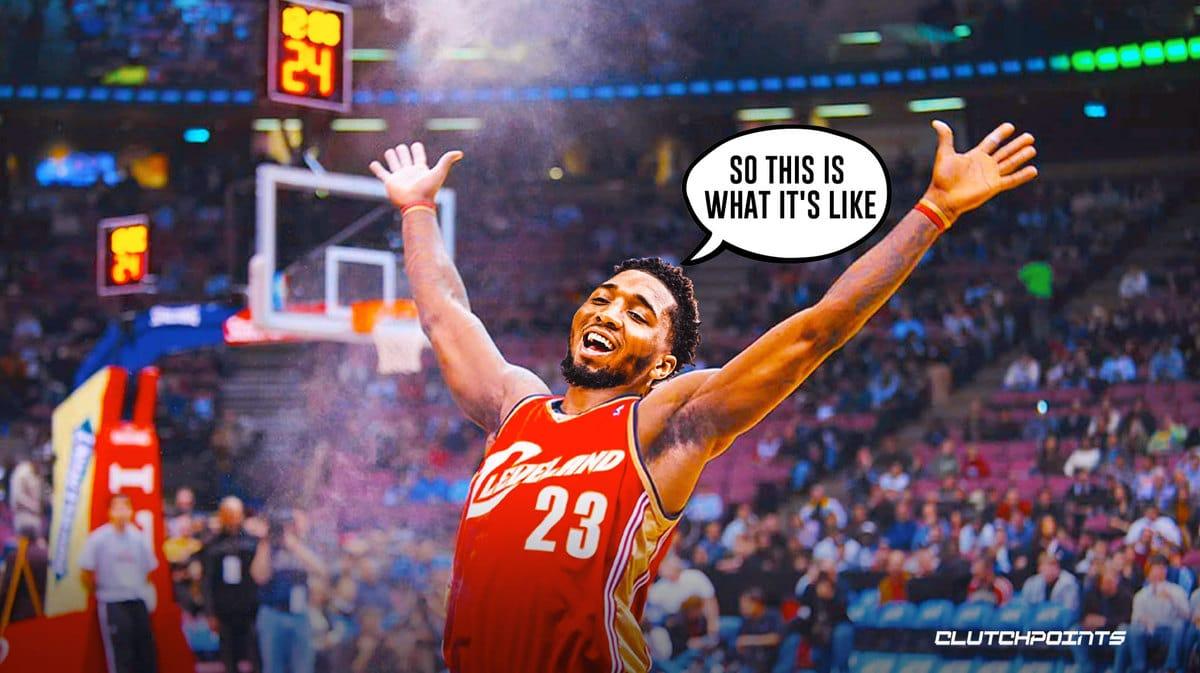 Donovan Mitchell got his first taste of Cleveland Cavaliers basketball on Wednesday in their preseason game against the Philadelphia 76ers, and it is quite clear he is enjoying his stint with the team.

Of course Mitchell was nervous as he begins his Cavs career. He admitted as much in his halftime interview with Serena Winters of Bally Sports. However, he shared that he liked what he saw from the team despite some inconsistencies early on.

The new Cavs guard knows the roster is still adjusting playing with each other, but they are learning and he is just happy to be able to play and be part of what the Wine and Gold are doing.

How was @spidadmitchell feeling in his first action with his new @cavs teammates? @SerenaWinters with the Cavalier guard at halftime in Philly. #LetEmKnowpic.twitter.com/HnaDz9NBik

Donovan Mitchell scored 16 points in the half on top of five assists, so it is safe to say he’s doing fine as he develops his chemistry with the rest of the team. Cleveland led by four points at halftime, 64-60.

The former Utah Jazz superstar is the Cavs’ biggest acquisition in the offseason. Cleveland gave up quite a lot of assets to acquire him, so expectations are high that he is the missing piece that will elevate the team and bring them to the next level.

Sure enough it won’t be easy and instant. However, a lot of eyes will be on Mitchell and the Cavs as they attempt to not only make the playoffs but also contend for the title. After all, they now have three All-Stars and promising rising star mixed with several solid veterans.

The early returns look positive for the Cavs. Here’s to hoping the team can keep the momentum going to the 2022-23 season.