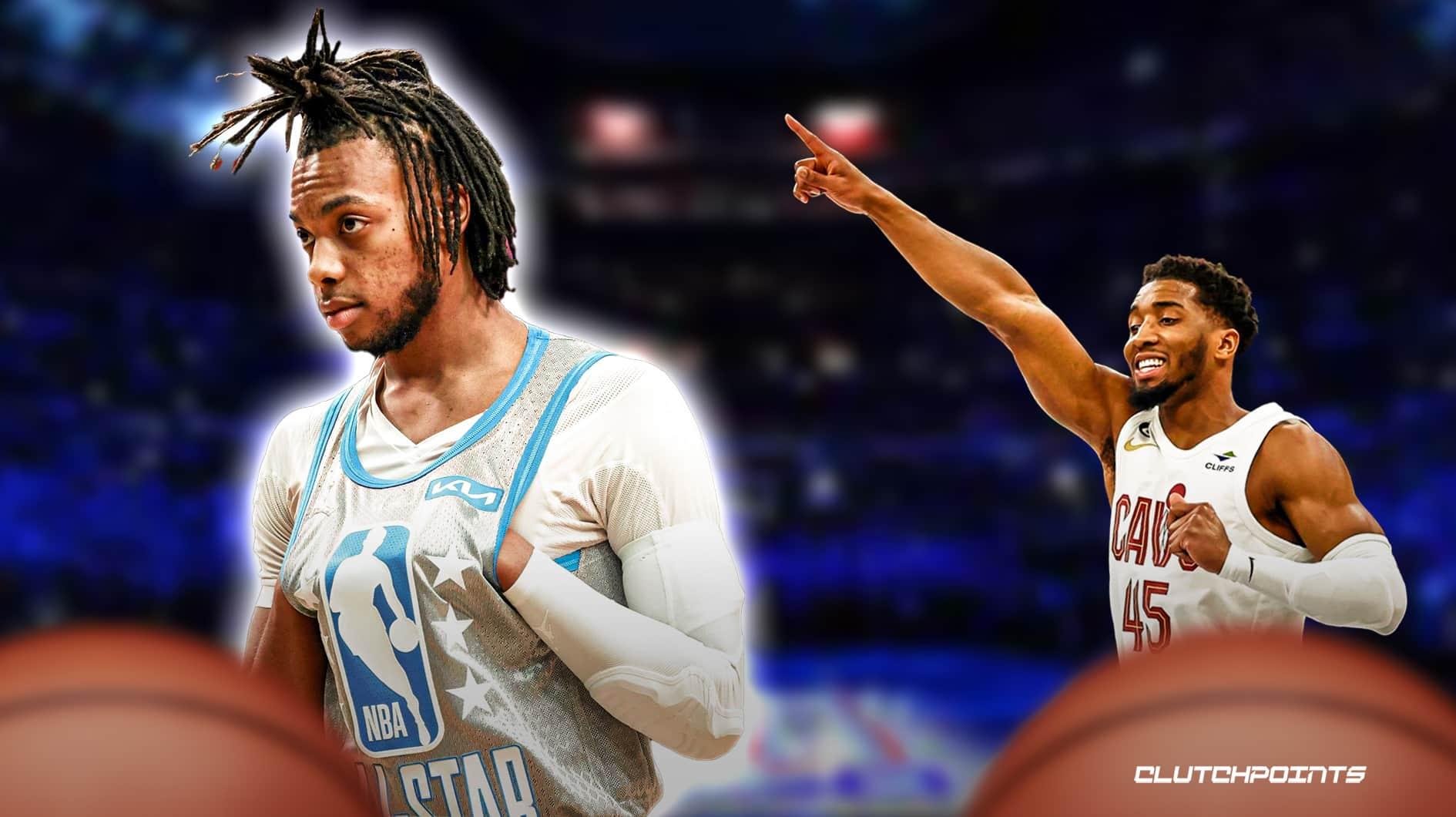 Donovan Mitchell has been out of action for the Cleveland Cavaliers for the past three games. In his stead, Darius Garland has stepped up magnificently for the Cavs. The 6-foot-1 combo guard has been doing all he can to carry his squad without his superstar teammate, and for his part, Mitchell has definitely taken notice.

Mitchell had nothing but high praise for Garland as the former discussed how Darius has elevated his game of late. Garland led the charge for the Cavs on Saturday with a 21-point, 10-assist double-double against the Milwaukee Bucks en route to their first win sans Mitchell:

“He’s special,” Mitchell said. “He can get into the paint and create. His ability to create I think jumped out to me even more. … That’s a sign of a true leader on the floor: finding guys, making the right plays.”

Donovan Mitchell has had a first-hand opportunity to witness Garland’s growth this season. Mitchell said that he already knew how good Garland was when he used to play against him, but he’s developed a higher level of admiration for his teammate now that they’re on the same side. So much so, that Mitchell believes that Garland should be an All-Star this season:

“At the beginning of the year, I was constantly telling him things, different things. But to watch him continue to take that step — he’s been playing really well. Really, really well,” Donovan said. “That’s why he should be an All-Star. That’s why I believe he’s going to be. And I think you see the level that he’s continued to take his game up to, especially when I’ve been out.”

"That's why he should be an All-Star." 🌟@spidadmitchell has enjoyed watching @dariusgarland22 grow his game and expand his leadership role with the @cavs this season.#LetEmKnow | @SerenaWinterspic.twitter.com/aWgPWHaS4Z

Darius Garland was named an All-Star for the first time in his career last season. Cavs fans are hoping that the 22-year-old gets called up again this year.

In 39 games played this season, Garland is averaging 21.7 points on 44.8 percent shooting, 2.8 rebounds, 8.1 assists, and 1.2 steals, while also connecting on 2.4 triples per game on a 39.4 percent clip. Those are pretty much the same numbers he had last season, but what makes this feat even more impressive is the fact that Garland has still been able to produce at an elite level amid Mitchell’s arrival in Cleveland.

At this point, it wouldn’t be surprising if we see both men linking up in Utah this February for the highly-anticipated All-Star Game. For his part, Donovan Mitchell seems sure of it.