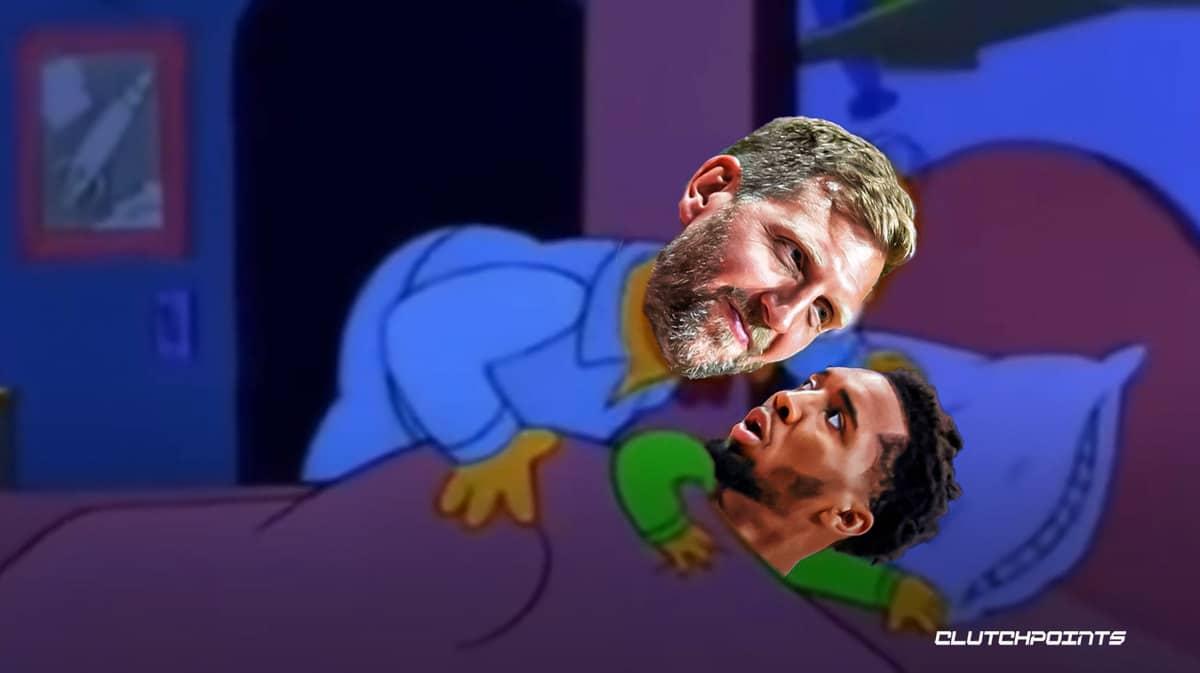 Cleveland Cavaliers guard Donovan Mitchell looked surprised when he heard a statue of Dallas Mavericks legend Dirk Nowitzki would be placed outside of the American Airlines center in just 11 days in a 105-90 victory over a team he said played a key role in his trade to the Cavs.

“You said Dirk?” Mitchell asked. “Is it really? I didn’t even know that.

“It’s going to be weird. Dirk’s a Hall-of-Famer, one of the best to play this game.”

Despite the surprise, the Cavs guard could only pay his respects towards the 2023 Hall-of-Fame eligible forward and his ability to turn a franchise on the tail end of the “Three J’s” era featuring Jim Jackson, an All Star in Jamal Mashburn and a Hall-of-Famer in Jason Kidd.

“He deserves it,” Donovan Mitchell said. “Look at what he’s done in his career. I was a Heat (LeBron James) and (Dwyane Wade) fan. He gave me some sleepless nights as a fan. It’s pretty dope what he’s done for the community and how the organization’s showing him love right back. That’s ultimately what it’s about in sports, and he’s one of the best players to ever play this game.”

Donovan Mitchell made sure to bring up his most cherished memory against the Mavs: A steal he earned against Dirk Nowitzki in a late March game in 2018, his third-ever matchup with the then-13-year All Star Mavs forward. Nowitzki tried to back down Mitchell in the post, but lost the ball as the then-rookie guard knocked it out of his hands during a post spin.

“My first memory that comes to mind is he tried to post me up in Utah and I got a steal,” Donovan Mitchell said. “I’ll always keep that forever: I got a steal on Dirk.

“I only played against him for one or two years, so I didn’t get much time. And that was the older Dirk. But being able to say I got a stop in the post on Dirk, I’ll count it as a stop.”