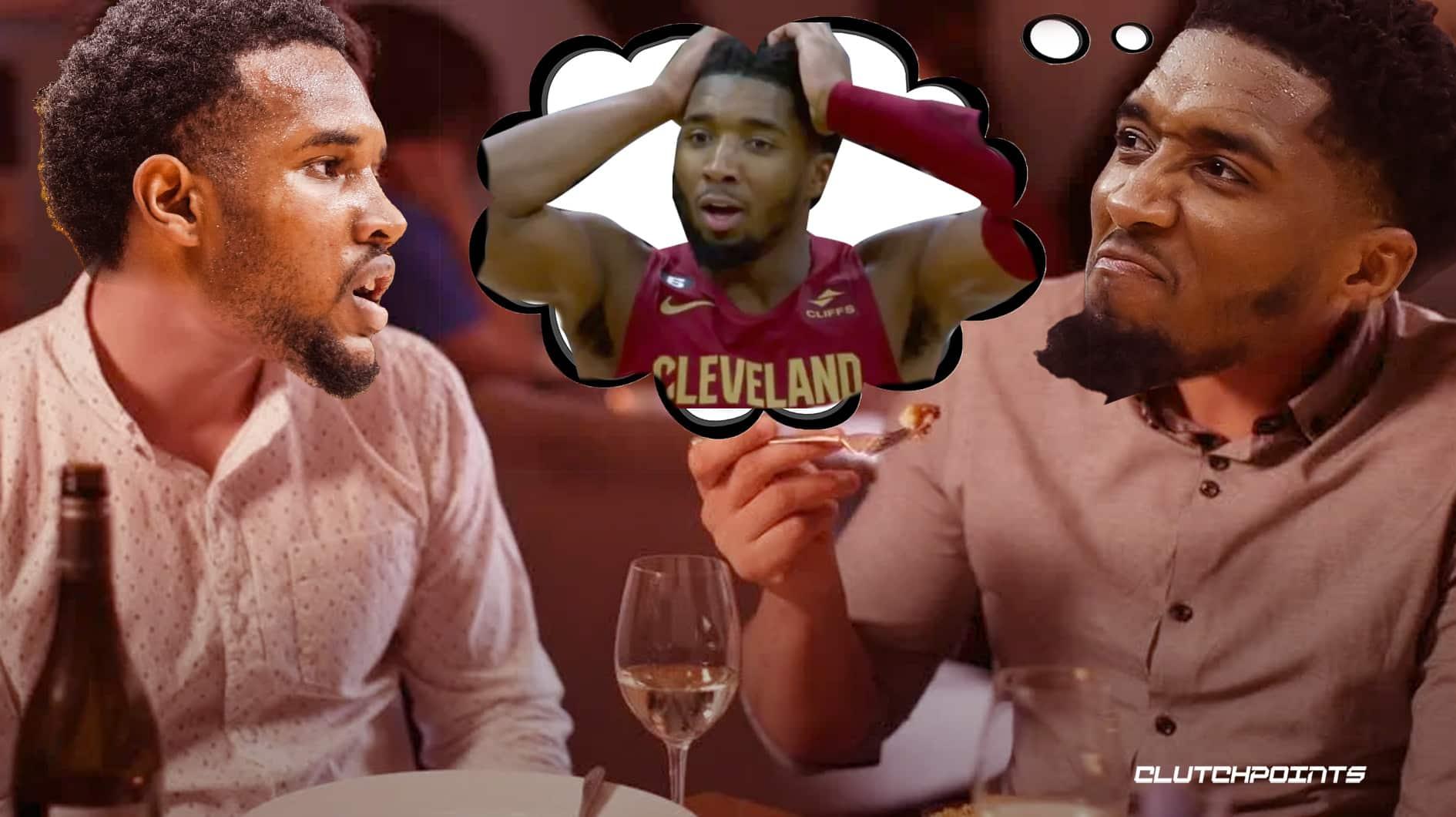 In the blink of an eye, Cleveland Cavaliers guard Donovan Mitchell stole forward Evan Mobley’s mark of another dominant Cavs game in what would have been the second-year forward’s 28th double-double of young his career.

Fresh off of a team-leading 29-point game in a 114-102 victory over the Atlanta Hawks, Donovan Mitchell snatched a defensive rebound away from Evan Mobley off of a missed 3-point attempt from Hawks guard Vit Krejci. Donovan Mitchell looked in shock when he realized what he had done, doing all he could to avoid glaring stares from center Jarrett Allen as he tried to apologize to Mobley before Hawks guard Trae Young walked over to the group.

Donovan Mitchell jokingly said he offered to buy the Cavs forward dinner after the game as a way to make up for the stolen rebound.

“I’m going to take (Evan Mobley) to dinner and pay if he wants to go,” Donovan Mitchell said. “If he doesn’t want to go with me, I understand.”

It’s not the first time a stolen rebound highlighted a seemingly-routine game in Rocket Mortgage Fieldhouse.

Then-Chicago Bulls center Cristiano Felicio accidentally tipped the ball away from guard Dwyane Wade in an 18-point win over the Cavaliers in 2017, one that would have earned Wade his first triple-double since early 2011. Dwyane Wade look devastated as he collapsed in defeat on the then-Quicken Loans arena baskets, looking back at Felicio as he was consoled by now-FC Barcelona forward Nikola Mirotić.

“My teammate didn’t want me to be great,” Wade playfully told ABC after the game. “But (now-Miami Heat guard Jimmy Butler) got one, so we’re all good.

“It was set up for me perfectly. They shot it, it came off right on my side. But my teammate didn’t want me to be great.”

The Cavs will tip off against the Milwaukee Bucks at 8 p.m. EST this Friday in Fiserv Forum. The game will be broadcasted on Bally Sports Ohio.