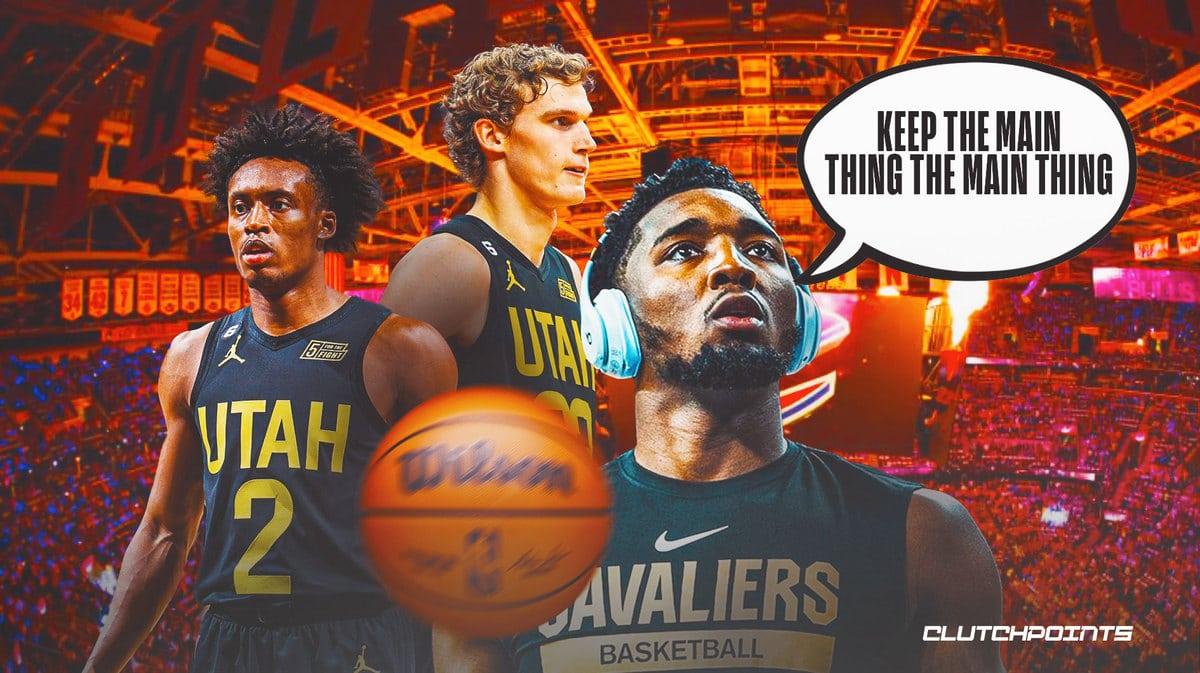 Cleveland Cavaliers guard Donovan Mitchell said he relayed a message of “not trying to put in too much” when playing the team that drafted him hours after he ran to hug an old teammate in Utah Jazz guard Jordan Clarkson, a lesson he learned before and far after hearing his fair share of narratives following a 1-1 split with the New York Knicks.

“I feel, after the first two Knicks games, as a group, we start to hear all this talk,” Donovan Mitchell said. “The biggest thing is to keep the ‘main thing’ the main thing.

“I’ve never been in a situation like this before, where I play against my former team or the team the whole world thought I was going to. You learn from that and find ways to be a better team.”

Mitchell thought the move to New York was a done deal in a November profile from the Athletic. He originally expected three Cavs teammates in forward Evan Mobley, center Jarrett Allen and guard Darius Garland to be involved in the move that would send him to the Cavs team he said still hasn’t reached its full potential.

The lessons Mitchell learned from an 11-point loss in front of the largest number of supporters in Madison Square Garden since his rookie year gave him the extra edge in blocking any outside noise or narratives from just one summer ago.

“When we played back in New York, we didn’t play like we should have,” Donovan Mitchell said. “We took that lesson and said ‘yeah, there’s going to be talk of Donovan here, (Jazz forward) Lauri Markkanen coming back and (guard) Collin Sexton coming back, but we have to keep the main thing the main thing.’

“This was a really talented basketball team that we went against. We just have to focus on that amongst ourselves.”