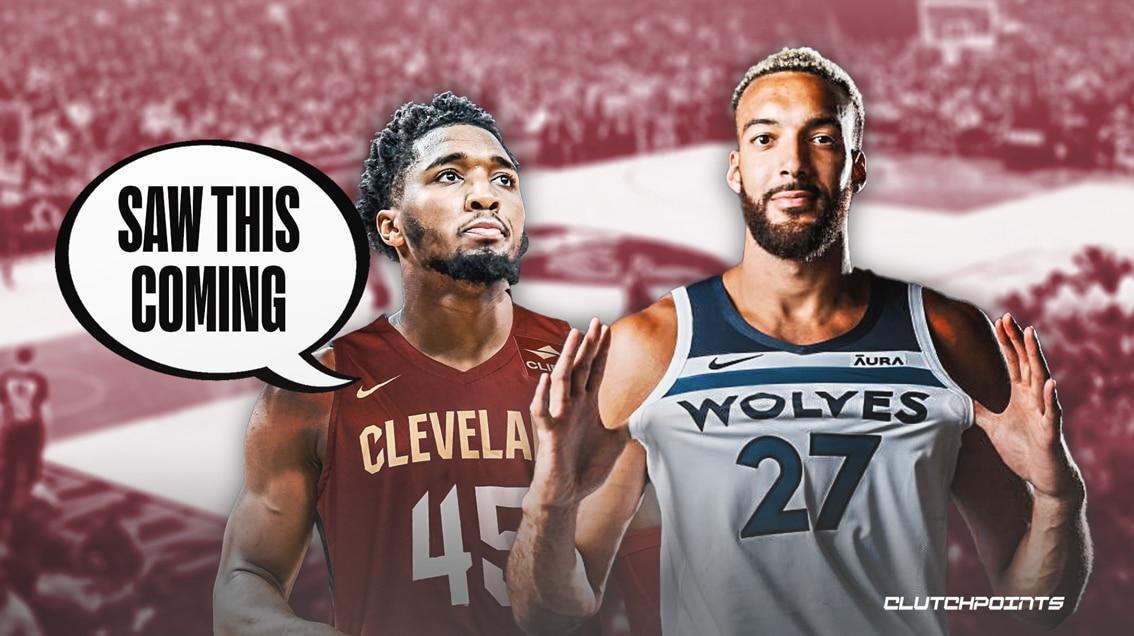 Donovan Mitchell spoke to the media for the first time on Wednesday since the blockbuster trade to the Cleveland Cavaliers. Mitchell of course discussed a plethora of different topics in his press conference, including his ultimate fate with the Utah Jazz. In fact, as soon as Rudy Gobert was shipped off to the Minnesota Timberwolves, Spida basically knew he was a goner.

“Once Rudy [Gobert] got traded, I kind of saw the writing on the wall. I think we all did. I think we understood [that] we had a good run.”

"Once Rudy [Gobert] got traded, I kind of saw the writing on the wall. I think we all did. I think we understood [that] we had a good run."@spidadmitchell on when he knew the Jazz we're going to hit the reset buttonpic.twitter.com/JOxcLRDG4R

Donovan Mitchell expected to be traded and revealed that he did think it would be to the New York Knicks. Nonetheless, he’s still happy to join such a special Cavs group consisting of so many young, talented players including Darius Garland, Jarrett Allen, and Evan Mobley.

As for the Jazz, they managed to acquire several intriguing pieces in both blockbusters, including Lauri Markkanen, Ochai Agbaji, Collin Sexton, Malik Beasley, and others. Plus, Bojan Bogdanovic and Mike Conley remain in SLC, but there’s still a chance the two vets could be moved.

The Cavs should be an absolute force in the East. Yes, this conference is stacked, but Cleveland has what it takes to be a top-4 team. Mobley is a budding star, Allen is a beast on both ends, and Garland is going to fit perfectly with Mitchell in J.B. Bickerstaff’s backcourt as a playmaker and scorer.

Koby Altman did a fantastic job of not giving up any of the core players for Donovan Mitchell. You love to see it. Exciting times in Believeland.