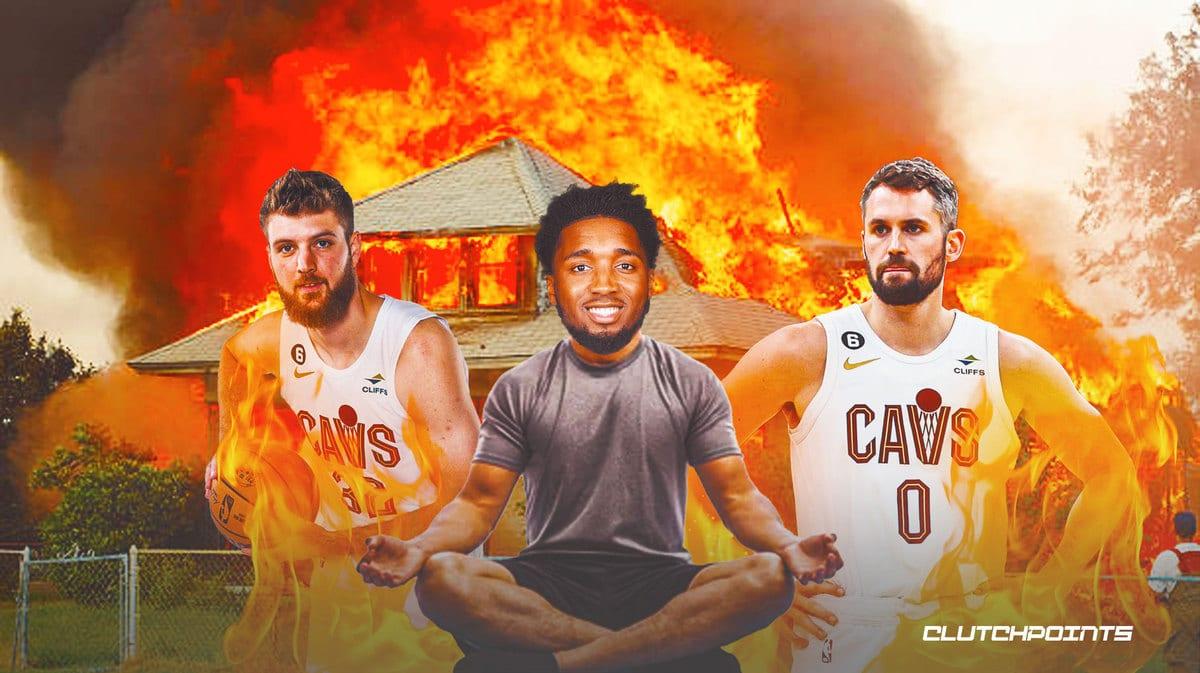 Donovan Mitchell and the Cleveland Cavaliers went supernova from beyond the arc in their 121-108 victory over the New York Knicks, moving to 5-1 on the season despite the absence of Darius Garland. Mitchell dropped 38 points with 8 triples on the team that was heavily linked towards him during the offseason, proving the Cavs right in selling off prized assets to acquire the 26-year old guard.

However, Mitchell’s playmaking has been unreal as well to begin the season, his most recent effort a 12-dime masterclass that maximized the Kevin Love and Dean Wade’s historic shooting display. While the 6’1 shooting guard has been maligned in the past for his hero-ball tendencies, Mitchell has shown growth in the way he has made his teammates better, making good use of the gravity he attracts from opposing defenses.

“Just coming in and being a calming presence. Understanding the eyes would be on me so guys would get extra shots and open shots. Understanding we’re not down 30, we’re right there, three possessions, so how do we find a way to respond out of that? Collectively we did a good job,” Mitchell said, per Cleveland.com “For me, just try to find a way to be a leader in those moments and tonight it was doing a bunch of everything, and my teammates continuously made it easy for me.”

Spida has always been one of the most reliable bucket-getters in the league since his arrival in 2017, and there’s no doubting that he can carry the scoring load for a high-octane offense, having done so for the league-leading Utah Jazz just last season. But with the increased level of trust between Donovan Mitchell, his teammates, and the Cavs’ coaching staff, it has allowed him to play at such an extremely high level to begin the year in more facets of the game than just scoring.

“My teammates trust me. My coaches trust me. Not to say I didn’t have trust before but it’s easy to kind of try to feel your way into a new situation. J.B., we’ve had several talks about just being yourself and with D.G. (Darius Garland) out I kind of have to take on a little more of a load,” Mitchell added. “I feel I’ve always been this type of player. Just trying to find a way to be the best player I can be, whether it’s scoring, defending, passing, rebounding.”

Cavs fans will be hoping that Donovan Mitchell carries over these insane performances even with Garland set to command touches soon as he makes his return from injury.