Donovan Mitchell puts himself in the company of LeBron James, Kevin Durant with insane feat 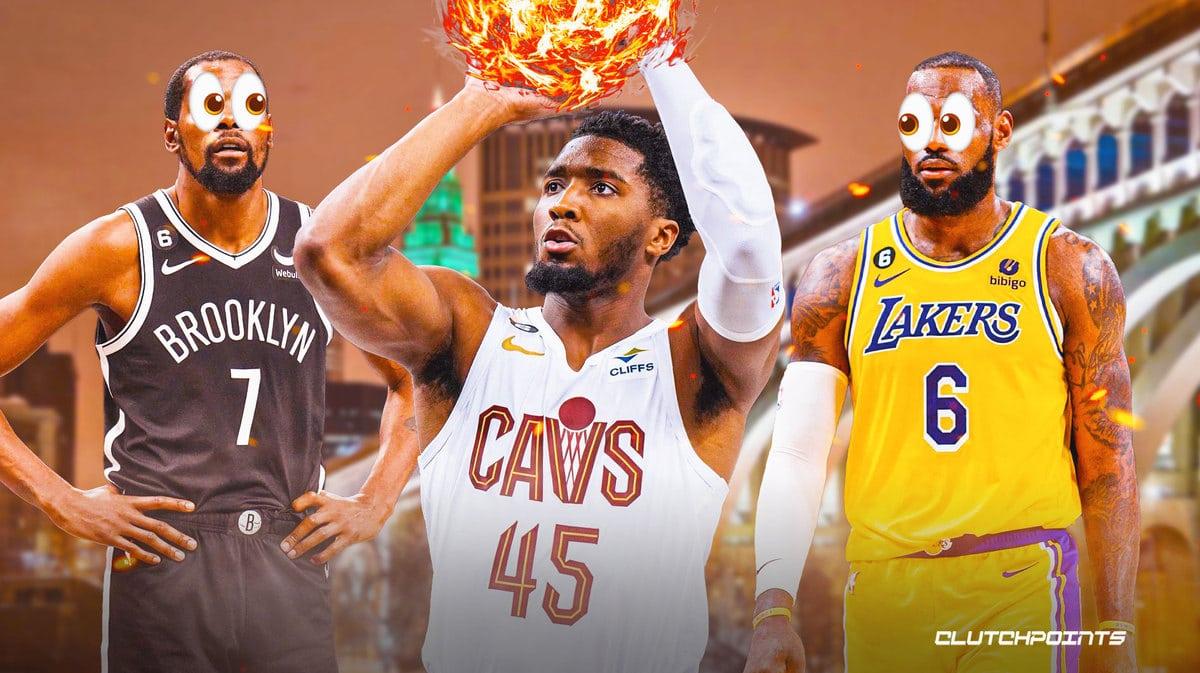 Once again, Cleveland Cavaliers superstar Donovan Mitchell put the team on his back and willed the Cavs to the finish line in a big win over the Indiana Pacers on Friday night, erupting for 41 points in the process. That also meant Spida has become the fourth-quickest player in NBA history to reach 9,000 points, joining three special names in LeBron James, Joel Embiid, and Kevin Durant, via Spencer Davies.

Impressive company to say the least and it just goes to show how special Mitchell really is. That’s his second 40-point game in the last four outings. The Cavs guard is now averaging 29.2 points, 4.7 assists, and four rebounds per night on 42% shooting from downtown. Mitchell was red-hot from deep against Indy too, draining 8 of 15 attempts.

It’s no secret Donovan Mitchell has made a massive difference for Cleveland in 2022-23. They’re now 20-11 on the year and truly capable of beating anyone in this league. Alongside Darius Garland, Jarrett Allen, and Evan Mobley, this team is a four-headed monster.

As for the record, it just goes to show how quickly Mitchell has developed into a star since coming into the Association in 2017. He’s averaged a minimum of 20 points in each and every campaign, putting up 20.5 in Year One and just improving from there during his time with the Utah Jazz before coming to Cleveland.

Now, he’s got legitimate help around him and still playing at an MVP level on a nightly basis. Cavs fans have big aspirations for this group and Donovan Mitchell is the focal point. The sky is the limit for Cleveland.