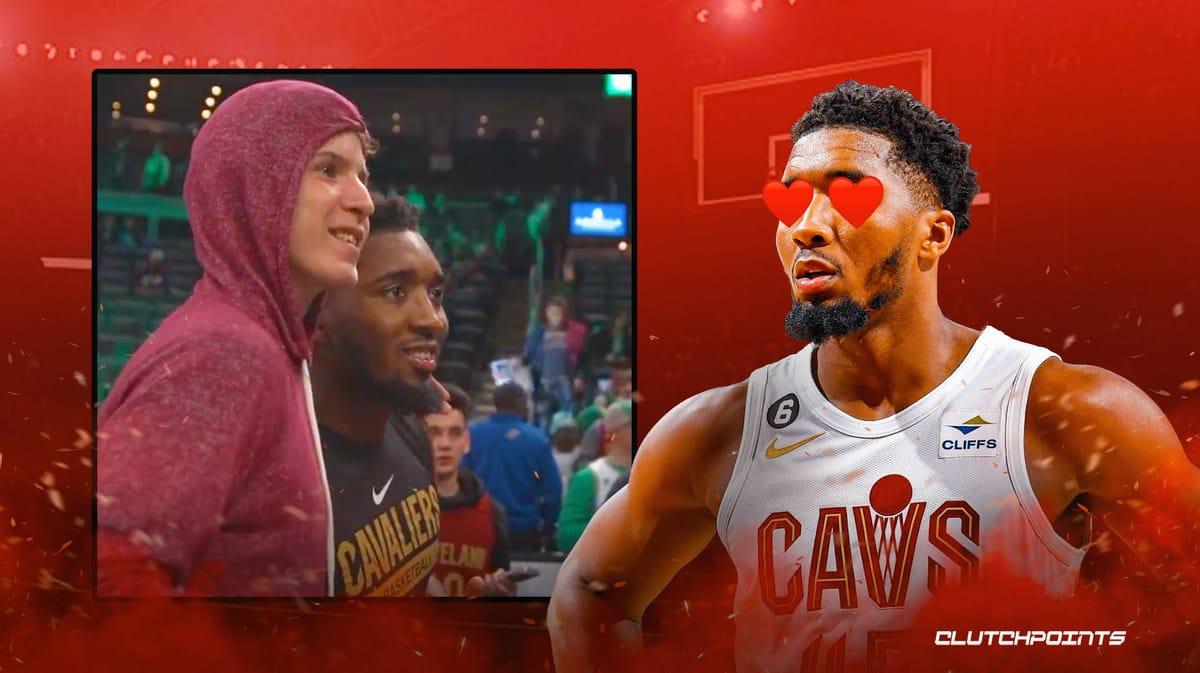 Cleveland Cavaliers superstar Donovan Mitchell is an MVP on and off the court. While he continues his brilliant play in his first stint with the Cavs, he also doesn’t forget to give back and inspire his fans.

On Sunday ahead of their showdown with the Los Angeles Lakers, Mitchell got to meet a fan who fought and beat cancer. He interacted with the youngster and promised him that he would give him his shoes after the contest.

Sure enough, Mitchell fulfilled his promised and gave his signed kicks to the cancer survivor. The fan was clearly emotional after getting the sweet treat from the Cavs star, while Mitchell himself showed his appreciation for the incredible moment.

Even better, Donovan Mitchell provided the said fan and several other Cavs supporters in Crypto.com Arena with an entertaining performance. He powered Cleveland to the 114-1oo victory over LeBron James and co., putting up 33 points, five rebounds and two assists in the process.

Mitchell continues to make his case as an MVP favorite this 2022-23 season. With Sunday’s win, he and the Cavs are now 8-1 this 2022-23 campaign–with their only defeat coming in their season-opener against the Toronto Raptors. They have won eight straight since then.

The Cavs play the Los Angeles Clippers next on Monday in the second game of their LA back-to-back. Sure enough, it is safe to expect Mitchell to maintain his fiery run and put on another show to inspire his supporters.