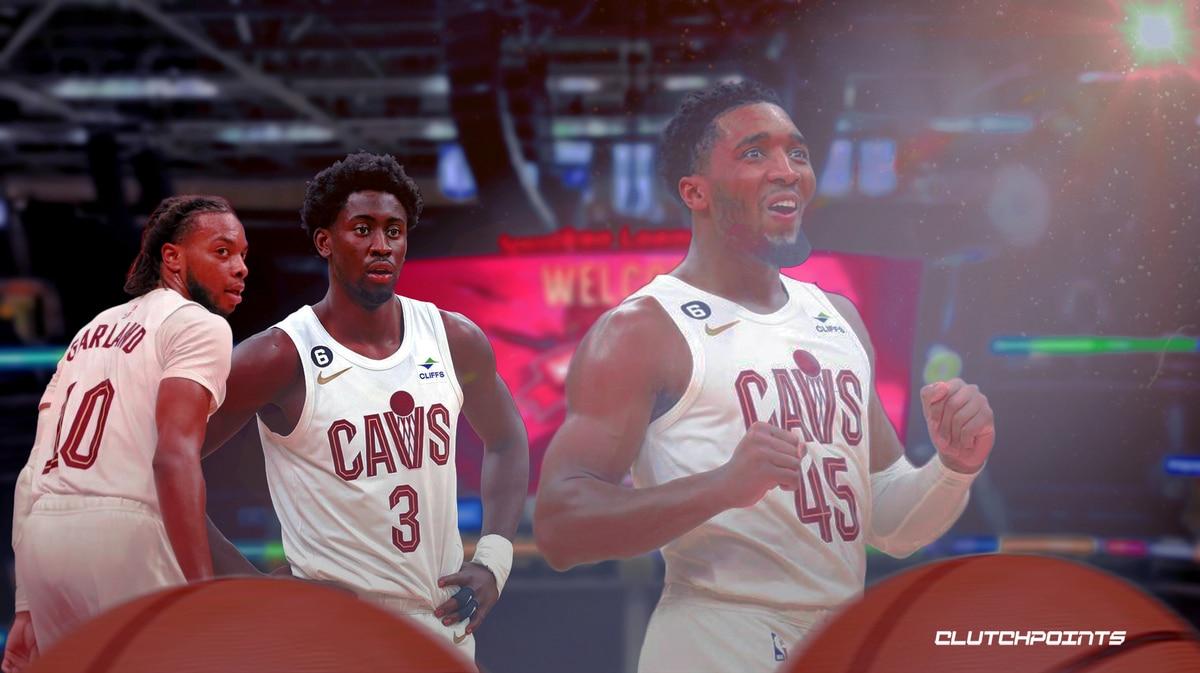 Cleveland Cavaliers guard Donovan Mitchell could hardly hold himself back when asked how his new team fits him so well.

Weeks after he supported his teammate after a game against the Boston Celtics, Mitchell had nothing but praise for his new Cleveland teammates in a profile posted Friday morning by the Athletic senior writer Sam Amick, saying he was playing the “best basketball of his life” in his first 10 games with the Cavaliers.

“I look at who I’ve been in my career — a guy who could score the ball,” Mitchell said. “(But) I’m asserting myself on a different level defensively.”

“Having another dominant guard (in Darius Garland) who can get you 30 (points on any given night) and also having (Caris LeVert), who can do the same, it relieves that pressure a little bit and allows you to be more engaged defensively, to be there and have the energy. And then on top of that, my coaches (head coach J.B. Bickerstaff and his staff) and my teammates allow me to just go, to be myself — whatever that means.”

Donovan Mitchell has earned career highs in nearly every category since his first game as a Cavalier against the Toronto Raptors, averaging 31.9 points, 5.8 assists and a 51.4% field goal percentage. The 26-year-old guard also managed to solidify himself as a long-range option for a young Cleveland roster, averaging 44.8% from 3-point range on 9.6 attempts.

Darius Garland and Caris LeVert are nearly seeing career high averages of their own behind an 8-3 start, the Cavs’ highest since a 9-2 run to begin the 2016-17 season. Cleveland’s young roster could be on pace to replicate the Eastern Conference Championship run from five years prior, using the combined 62.4 points per game from their three starting guards to easily score past division rivals and beyond.

“We can really build something special,” Mitchell said. “And that’s really what I’m hoping for.”