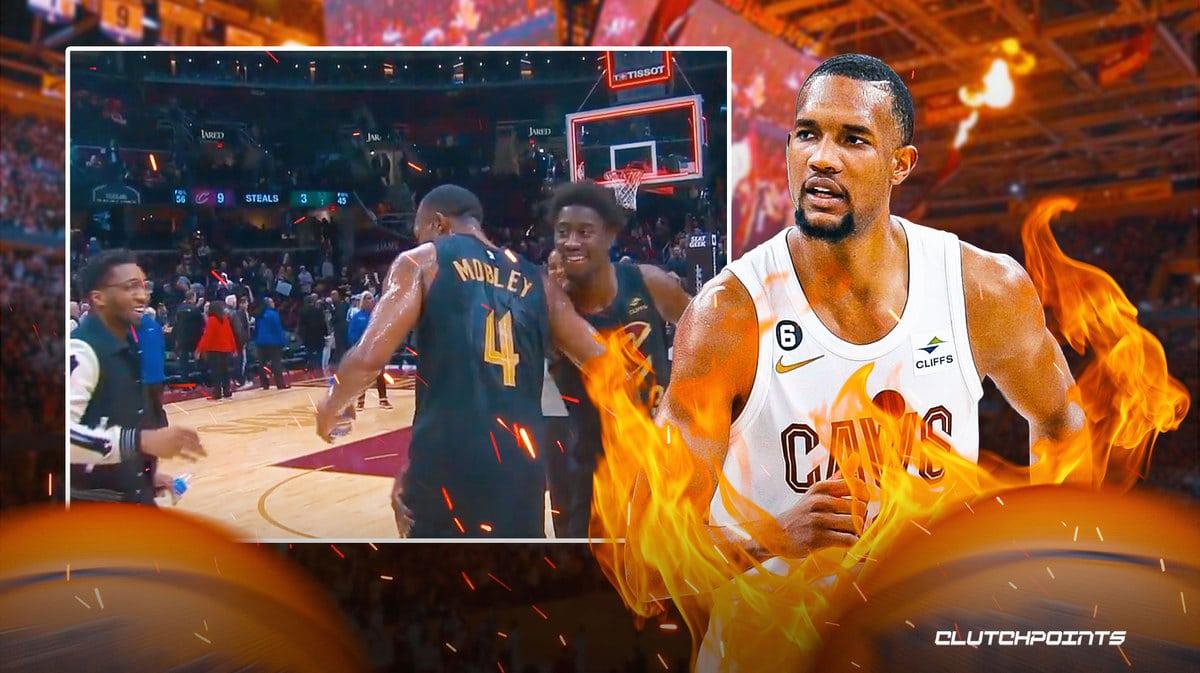 No Donovan Mitchell, no problem for the Cleveland Cavaliers on Saturday night. After all, they had Evan Mobley. The second-year power forward absolutely went off against the Giannis Antetokounmpo-less Milwaukee Bucks for a career-high 38 points as he led the Cavs to a 114-102 victory.

After the game, it was Mitchell himself who led the celebration for Mobley after the 21-year-old’s monster night. As soon as he started his post-game interview, Mobley knew what was coming:

As the reporter said, Mobley was already requesting a towel even before the interview. He knew that his teammates were going to give him a traditional post-game shower — and he was absolutely right.

Evan Mobley definitely deserved the congratulatory shower. This was after he detonated for 38 points on 19-of-27 shooting, to go along with nine rebounds, and three assists in 38 minutes of action. Darius Garland produced another double-double with 21 points and 10 assists. Mitchell was out of action again in this one with a strained left groin, and his Cavs teammates stepped up in his stead.

The Bucks, on the other hand, did not have Giannis in this one. Khris Middleton was also still sidelined, which left Jrue Holiday doing the heavy lifting for Milwaukee. Jrue came up big for the Bucks with a 28-point, 10-assist double-double. However, his heroics just wasn’t enough for a depleted Milwaukee side.

The Cavs have now snapped their recent two-game losing streak. They return to action on Tuesday when they kick off their three-game road trip in Madison Square Garden against the New York Knicks.