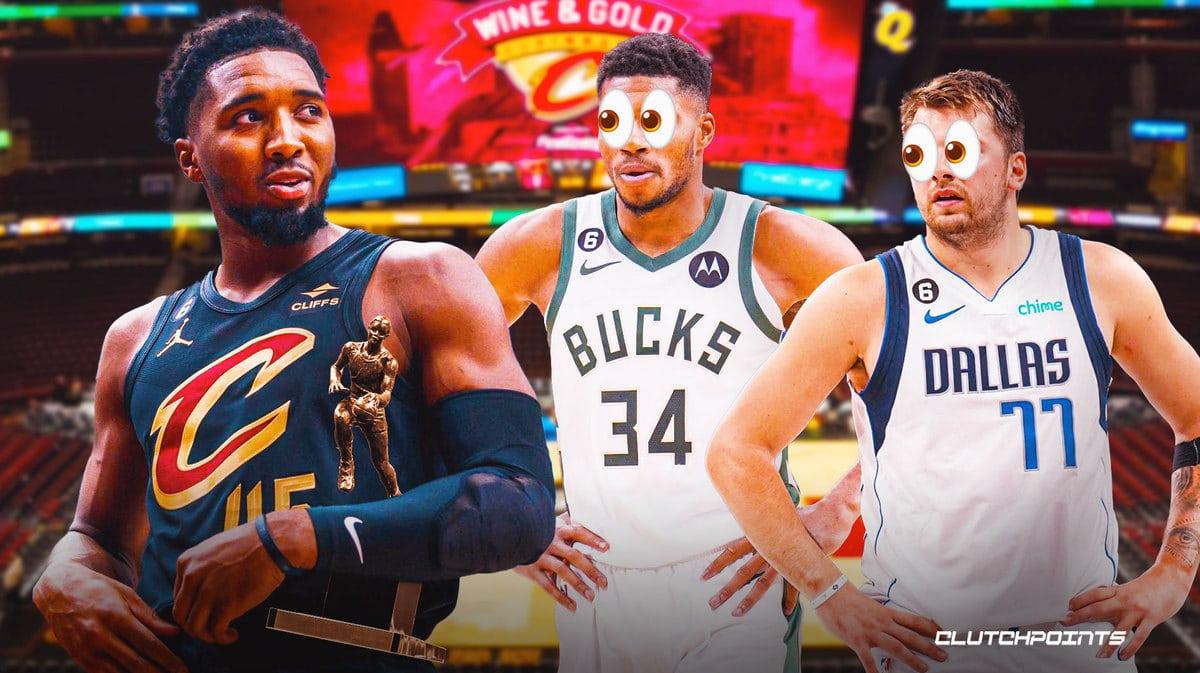 Donovan Mitchell has just been as advertised to start the season with the Cleveland Cavaliers. The All-Star shooting guard has been quite the revelation for the Cavs, and there’s no denying that Cleveland has emerged as one of the big winners of the offseason trade market with this deal.

Mitchell has been so good to start the campaign that he’s climbed to the Top 3 of the NBA’s MVP leaderboard. Right now, the Cavs stud is just sitting behind former back-to-back MVP Giannis Antetokounmpo and Dallas Mavericks superstar Luka Doncic on the esteemed list (h/t ClutchPoints on Twitter):

The @NBA MVP ladder is out and the Greek Freak is leading early. Listed here is 1-10 👀

Ja Morant and Devin Booker round out the Top 5, making this list truly the best of the best in the NBA. You have to note that guys like Stephen Curry, Kevin Durant, and LeBron James couldn’t even make it on there, although this also has a lot to do with their respective teams’ slow start to the season.

The fact that Mitchell ranks so highly on the MVP leaderboard at this early point in the campaign speaks volumes of his tremendous start in his Cavs career. Cleveland gave up quite a haul to bring him on this past summer, and so far, he’s proven to be worth every penny of that deal.

In seven games played so far, Donovan Mitchell has averaged career-best numbers of 31.1 points on 48.1 percent shooting, 4.4 rebounds, 7.1 assists, and 1.6 steals, while also draining 4.0 triples per game on a 43.8-percent clip. More importantly, the 26-year-old has led the Cavs to a 6-1 record, despite the fact that Darius Garland missed a handful of games due to an eye injury.

Donovan Mitchell is a true superstar in every sense of the word.