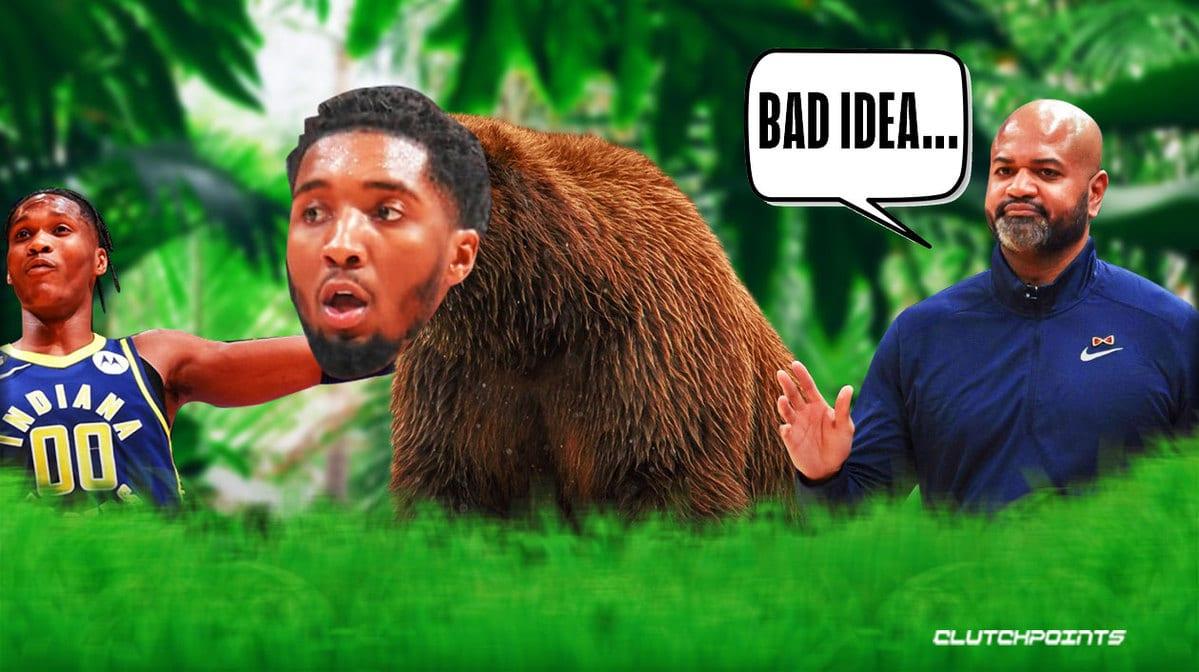 The Cleveland Cavaliers’ win against the Indiana Pacers on Friday night featured a little dustup between star guard Donovan Mitchell and rookie Benedict Mathurin. In the final quarter, Mitchell and Mathurin got tangled up in a jump ball scenario. After the play was blown dead, though, both players refused to let go, resulting in some mild trash talk. It seemed like that incident lit a fire under Mitchell, and he confirmed that in his post-game presser, per Spencer Davies.

Speaking to the trash talk and simultaneously praising the young Pacers’ confidence, Donovan Mitchell and the #Cavs responded in a big way. (Had to, sorry @spidadmitchell.) @basketbllnewspic.twitter.com/gL6sFFWgmS

Cavs head coach JB Bickerstaff echoed a similar sentiment, saying that Benedict Mathurin and the Pacers “poked a bear” after tangling with Donovan Mitchell, per ESPN.

“You don’t poke the bear, and that’s what they did with Donovan,” Cavaliers coach J.B. Bickerstaff said. “There was a lot of chirping and talking and they added a little fuel to the fire.”

Donovan Mitchell took over for the Cavs during the fourth quarter of the Pacers game. They found themselves down by ten points prior to that small dust-up. After that… Mitchell powered up, scoring 18 points in the fourth to lead Cleveland’s comeback attempt. It proved to be successful, as the young Indiana team seemed to buckle under the pressure.

The Cavs this season have been one of the best teams in the Eastern Conference. They currently sit at third place in the East, just behind the clear favorites in the Boston Celtics and the Milwaukee Bucks. It’s a great spot to be in, for sure. However, something tells me this team wants to crack into the upper tier of title contenders with Donovan Mitchell leading the way.