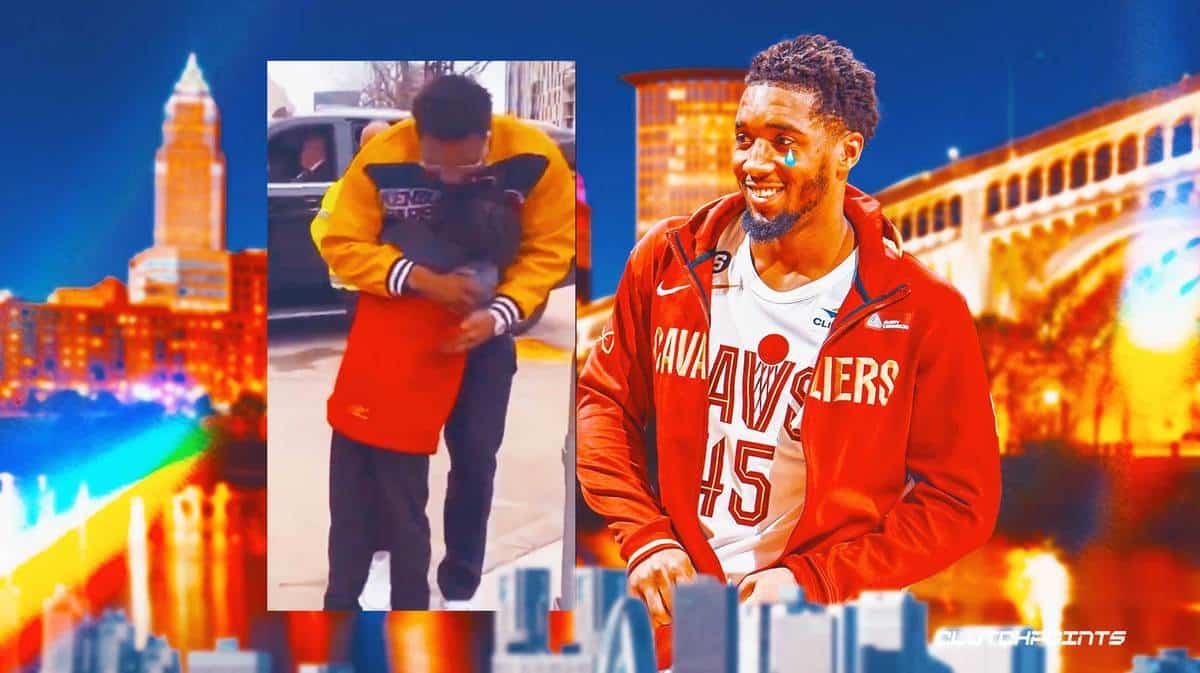 Cleveland Cavaliers superstar Donovan Mitchell marked his return to his former stomping ground on Tuesday night with a 46-point explosion against the Utah Jazz. It was the first time Mitchell returned to the city he called home for the past five tears before making the big move to the Cavs during the offseason.

Unfortunately for Mitchell, Jordan Clarkson and the Jazz spoiled his emotional homecoming. It was Utah who came out on top, 116-114, in a thrilling encounter that was worthy of celebrating Mitchell’s return to his old stomping ground.

After the game, Mitchell decided to meet up with a Jazz fan outside the arena. It wasn’t just any old fan, though, and their wholesome encounter serves as proof of the special bond that they share:

“My guy Josh has been waiting for me at the arena every game for 5 years!! My first time seeing him since I got traded… it’s moments like these that last forever! Missed you Josh ❤️❤️!!” Mitchell wrote in his caption.

The most wholesome post of today courtesy of Donovan Mitchell.

"My guy Josh has been waiting for me at the arena every game for 5 years!! My first time seeing him since I got traded… it’s moments like these that last forever! Missed you Josh ❤️❤️!!"pic.twitter.com/Uu99rBIBJX

That’s just awesome. You can clearly see how happy the kid was to see his idol for the first time since Mitchell was traded to Cleveland. Josh was even jumping in excitement before he rushed to hug the former Jazz star. Donovan also had a huge smile on his face as he hugged the kid back. It was later shown in the clip that Josh was actually crying, making this whole encounter even more emotional.

This just goes to show how much pure love real fans have for their idols. Josh has so much admiration for Donovan Mitchell that not even the fact that he’s no longer with the Jazz changed his outlook. It is also clear that for his part, Mitchell very much appreciates the unwavering support.