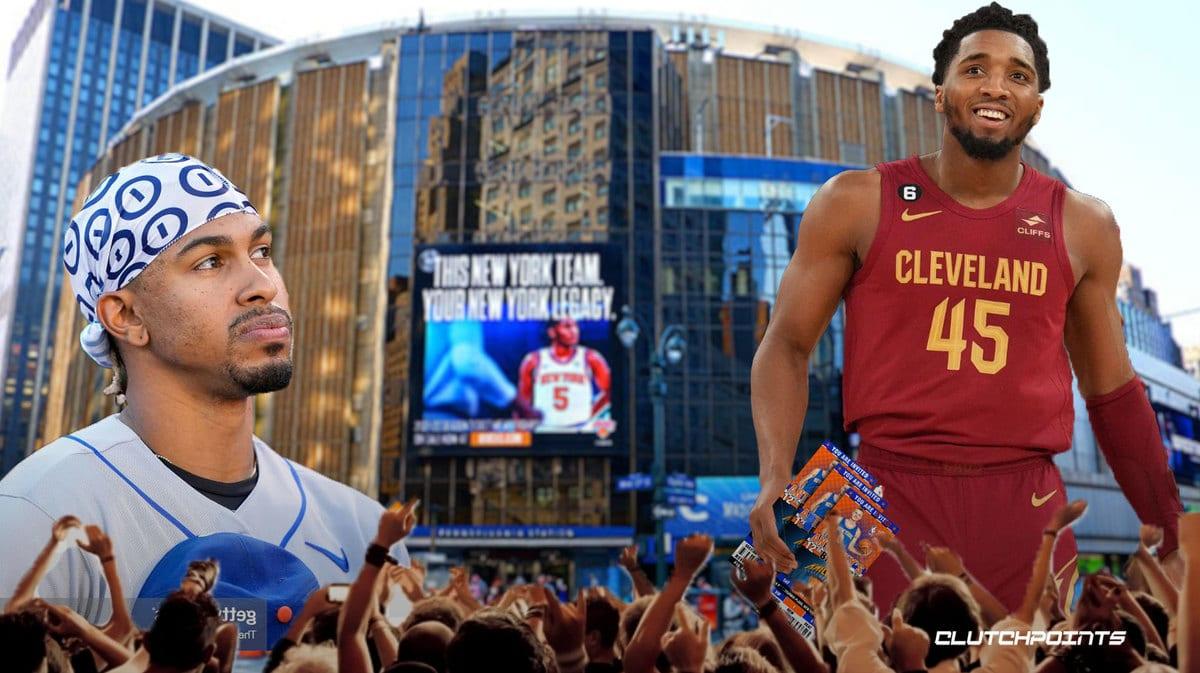 The Cleveland Cavaliers were in the Big Apple Sunday for a game against the New York Knicks, but Cavs star Donovan Mitchell probably felt like he’s at home due to the number of supporters who showed up to see him play at Madison Square Garden (h/tTim Bontemps of ESPN).

Donovan Mitchell said he had more people at MSG tonight’s game than any since his rookie year, though he didn’t say how many. Said it was nice to have so many people – including Mets star Francisco Lindor, who he said texted him just before the game he’d be here – supporting him.

It can be recalled that the Knicks were among the top teams linked t Mitchell in the offseason before the Utah Jazz ultimately elected to send him to the Cavs for a package that included Lauri Markkanen, Collin Sexton, Ochai Agbaji, and future picks.

Unfortunately for Mitchell, he was not able to lead the Cavs to a win against the Knicks, with Cleveland picking up a 92-81 defeat. Mitchell scored 23 points but was salty from the field, making just eight of 22 attempts from the field in 40 minutes of action. He was especially atrocious from behind the arc, going 2 for 11 on shots from deep. As a team, the Cavs were out of synch on offense, as they made just 34.9 percent of their shots from the floor.

Mitchell and the Cavaliers can get it together and rebound from that loss this coming Tuesday back at home against the red-hot Los Angeles Lakers.