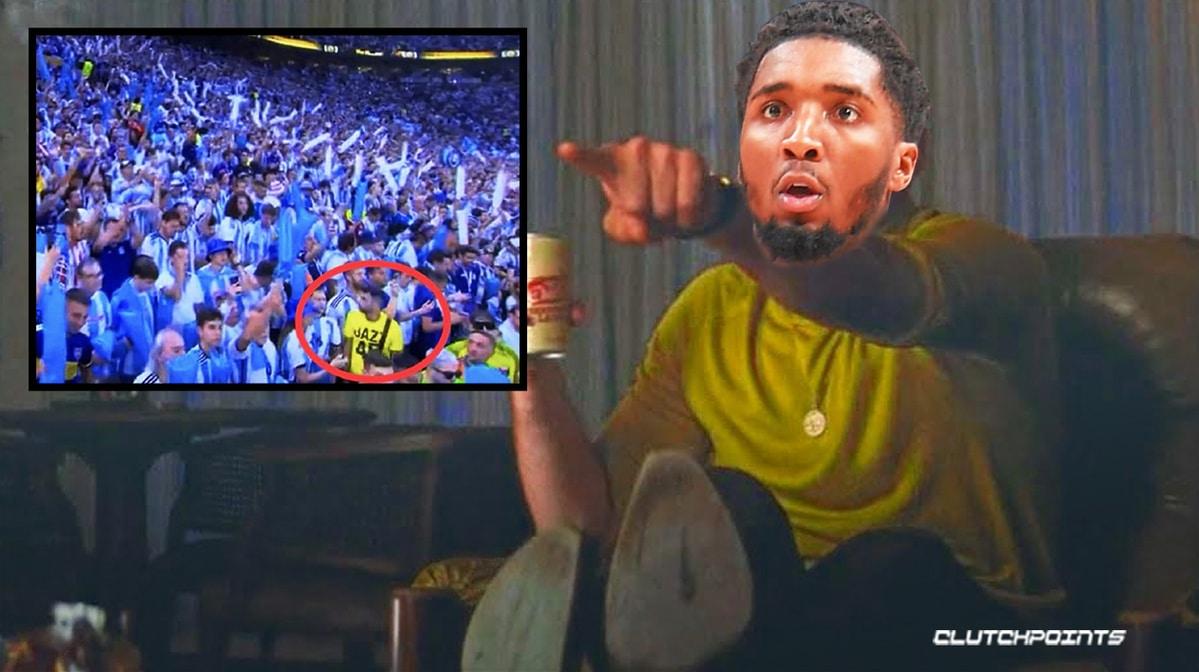 Millions of people from around the world tuned in to Sunday’s mind-blowing spectacle between Argentina and France in the 2022 FIFA World Cup final. One of them happened to be Cleveland Cavaliers superstar Donovan Mitchell. To his surprise, the Cavs All-Star spotted a fan of his in the capacity crowd that was in attendance to witness the historic match.

Argentina fans packed the 89,000-capacity Lusail Stadium on Sunday and they far outnumbered France supporters during the match. Amid the sea of light blue, however, stood out a man wearing a bright yellow shirt that represented Mitchell’s old Utah Jazz jersey. After catching wind of the marvelous sight, Donovan himself could not help but react:

Donovan Mitchell reacts to the fan that wore his old Jazz jersey at the FIFA World Cup Final 😆 pic.twitter.com/AZsj1tUiCK

It’s hard not to notice the man in the Jazz shirt as he stood out in the capacity crowd. He had a pretty good seat too, which made him even more visible on the broadcast. The fact that this fan decided to wear an NBA-themed shirt during the biggest football spectacle in the world is a bit baffling, to be honest.

For his part, however, Donovan Mitchell wants to reward the man’s loyalty and unwavering support by getting him a new jersey. Mitchell has fond memories of his time in Utah, but he’s now moved on after a memorable five-year run with the Jazz. He wants to build new memories with the Cavs, and part of this would be converting some of his Jazz supporters into Cavs fans. He seems to want to start with this mystery man from the World Cup final.