Donovan Mitchell’s message to Cavs fans after loss to Bucks 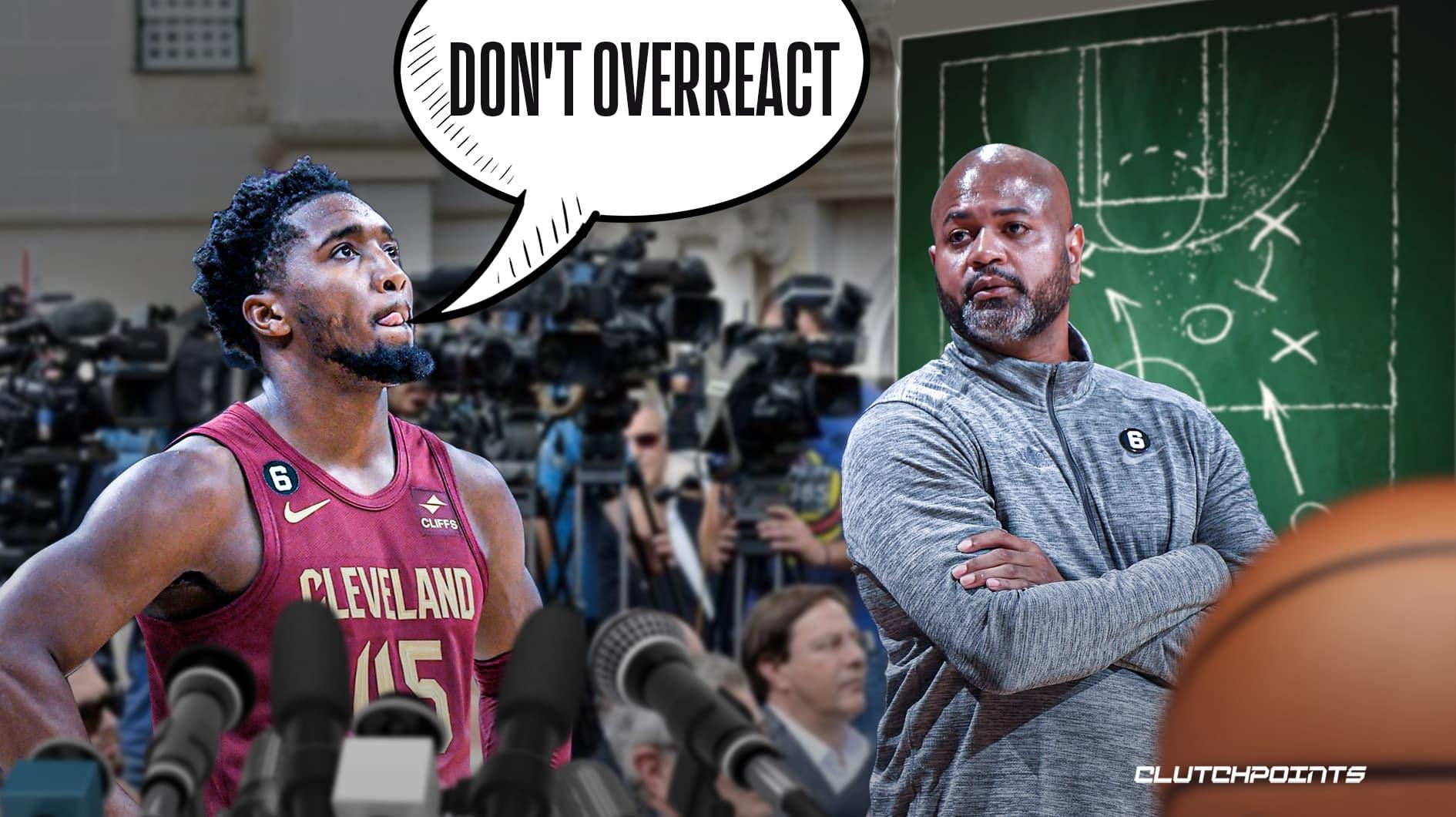 Cleveland Cavaliers guard Donovan Mitchell tried to cool down any potential worry from Cavs fans after a five-game losing streak pushed the Cavaliers to fourth in the Eastern Conference.

“These five games don’t emulate who we are and who we’ve been,” Donovan Mitchell said Wednesday. “Like I said when we were winning: It’s early. There are going to be trials and tribulations, positives and negatives.

“Right now, we’re in a negative spot. It’s nothing to overreact to. The biggest thing is we have to understand is that every night we’re going to have to bring it.”

Donovan Mitchell was one of three players to earn 20 or more points against the Milwaukee Bucks, pouring on 23 of the Cavs 98 points in 34 minutes of play. Guard Darius Garland continued to find ways to almost match the Utah Jazz’s scoring leader last season, adding 23 points while shooting 55.6% of his 3-point attempts.

“We won eight in a row,” Donovan Mitchell continued. “That’s great. Now we lost five in a row. OK, cool, let’s get back to the drawing board and get to it. We’ve done it, we’ve shown we can do it. Our plan looks great, phenomenal even. We just have to go out there and do it.

“It’s a long season. This is nothing to sit here, and the sky is falling and whatever … It’s November, we’ve played a bunch of good teams.”

The Cavs sport the tenth-highest Relative Percentage Index, or a team’s winning percentage compared to its strength of schedule, in the NBA after two wins over the top-ranked Boston Celtics, a convincing win over a Central Division rival in the Chicago Bulls and victories against the 7th-and-8th-ranked Eastern Conference teams in the Washington Wizards and New York Knicks respectively.

Though the Cavaliers’ five-game slide includes teams that rank in the bottom half of the RPI standings and a recent loss to the Bucks, Cleveland’s expected winning percentage is still ranks at .692, the 3rd-highest in the league behind the Celtics and a Western Conference contender in the Phoenix Suns.