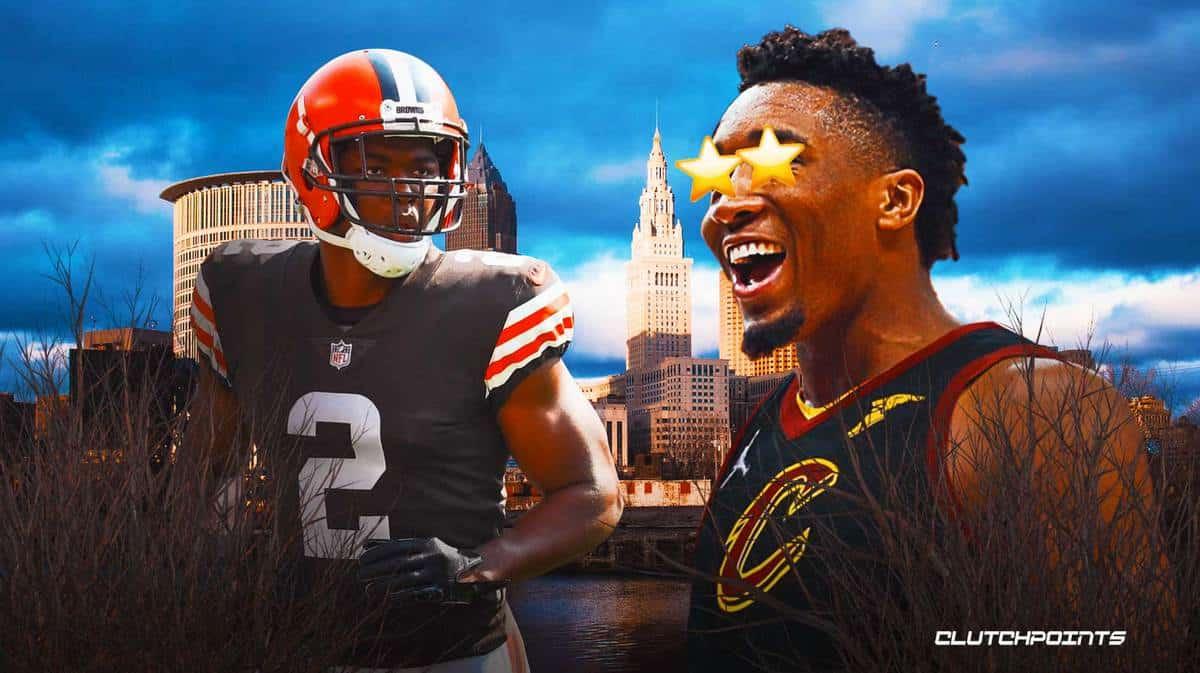 Cleveland Cavaliers guard Donovan Mitchell is among those in attendance at the Cleveland Browns home game Thursday night against the Pittsburgh Steelers which he is definitely enjoying, Asked about what Cavs fans can expect from him in his first season with his new team, Mitchell said that he’s “a guy who just puts in the work nonstop.” Mitchell also guaranteed Cavs faithful a team that is not going to back down. “We got a team that’s ready to compete.”

"Honestly, a guy who just puts in the work nonstop… We got a team that's ready to compete."@spidadmitchell to Cavs fans on what to expect from him this season

Donovan Mitchell joins a Cavs team that came so close to making it to the NBA Playoffs last season. Cleveland needed just a win in the play-in tournament to make the playoffs proper but struck out with losses to the Brooklyn Nets and to the Atlanta Hawks. But with Mitchell coming to town, the Cavs now have a type of genuine offensive weapon they’ve never had for quite some time. Speaking of which, Amari Cooper and David Njoku are putting on a show for the Browns as Mitchell watches Cleveland’s football team go up against its fierce rivals in the AFC North.

Mitchell arrived in Cleveland earlier this September when he was sent there by the Utah Jazz via a blockbuster trade that also had Lauri Markkanen, Collin Sexton, and Ochai Agbaji going to Salt Lake City.  It’s a fresh start for Donovan Mitchell, but his workload is definitely going to be just as heavy — if not heavier.

In his last season with the Jazz, Mitchell averaged 25.9 points, 4.2 rebounds, and 5.3 assists per game while shooting 44.8 percent from the field.