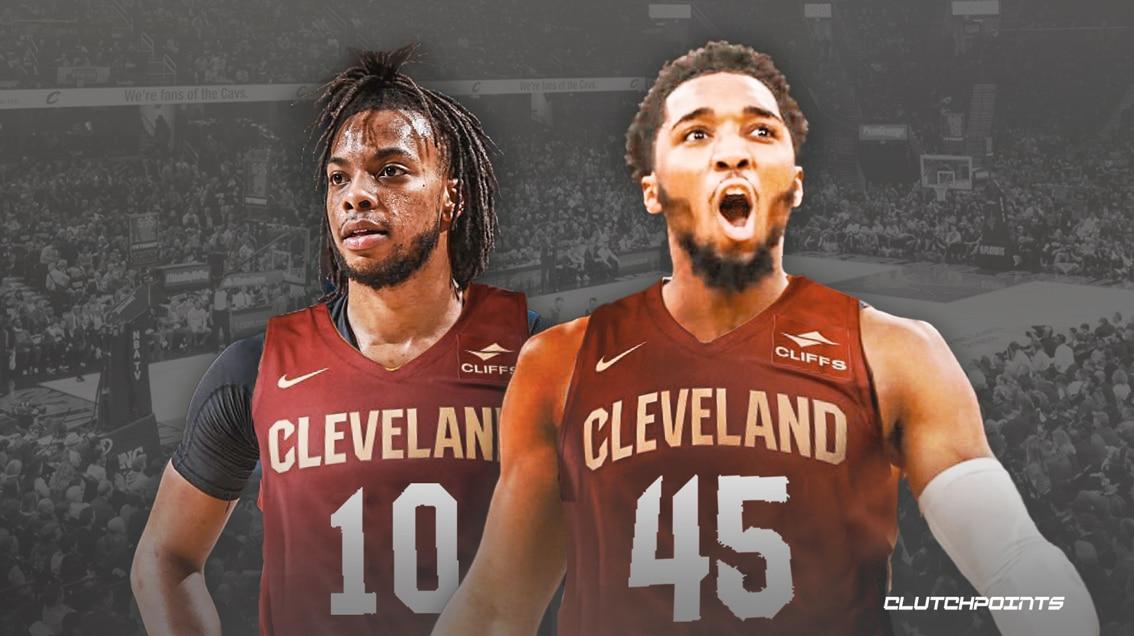 The Cleveland Cavaliers shocked the entire NBA world on Thursday by pulling off a blockbuster trade with the Utah Jazz for star guard Donovan  Mitchell. Shortly after the news broke, Cavs PG Darius Garland hopped on Twitter and expressed his excitement to link up with Spida in this new-look backcourt. Mitchell is clearly feeling the same way:

No words, just exclamation marks from Donovan Mitchell. Cavs Nation are absolutely feeling some type of way following the blockbuster, too. This franchise can be considered a legitimate contender in the East with the addition of the three-time All-Star.

Cleveland gave up a lot in return for Spida, including three first-rounders, two pick swaps, Lauri Markkanen, Collin Sexton, and Ochai Agbaji. But what’s most important is the franchise didn’t have to part ways with any of their core three: Garland, Evan Mobley, and Jarrett Allen.

Now, the Cavs have a first unit consisting of their three youngsters and Donovan Mitchell, who isn’t old by any means, either. There was a firm belief the Knicks were going to be the team to acquire the ex-Jazz standout but as Woj noted, Koby Altman and Utah had been discussing a deal for weeks:

Cleveland GM Koby Altman circled back to Utah GM Justin Zanik on Tuesday and the two teams re-assembled a deal they had been discussing in previous weeks, sources tell ESPN. New York declined to do a trade a deal on Monday night, opening the door for Cleveland to secure a deal.

New York backed out Monday and the Cavs swooped in and got it done. The 2022-23 season can’t begin soon enough and needless to say, fans can’t wait to see Mitchell in a Cleveland uniform doing his thing. What a move by the team that will set them up for success for many years to come.