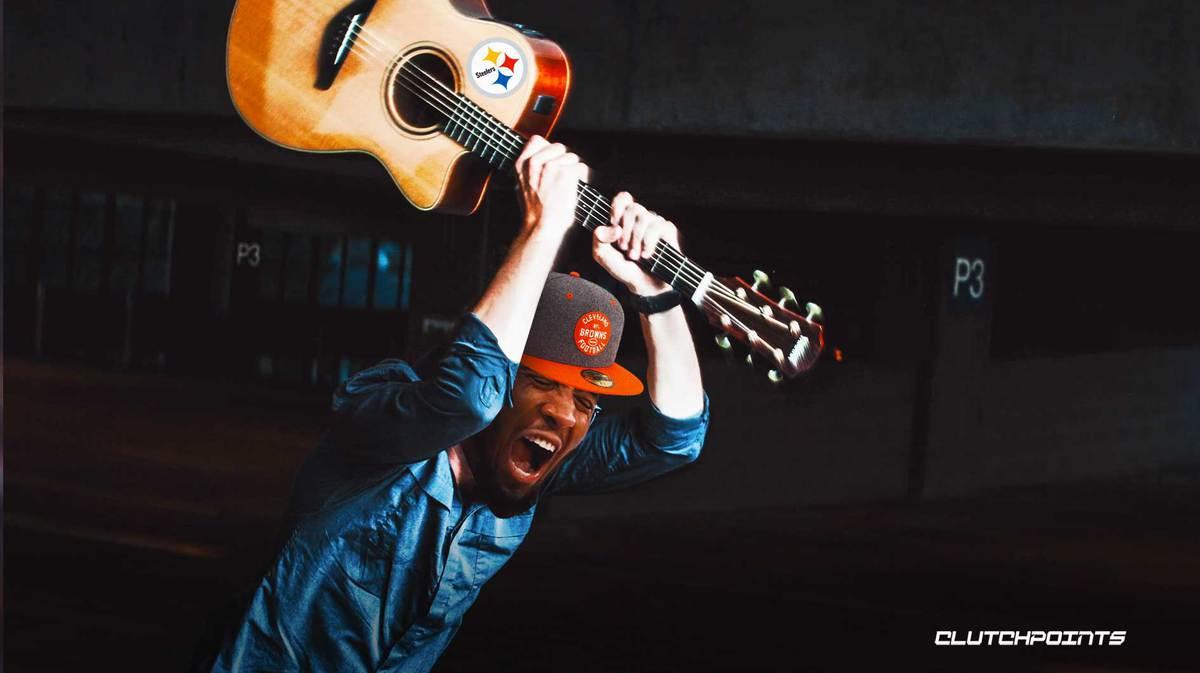 Cleveland Cavaliers star Donovan Mitchell was a guest of honor on Thursday as the Cleveland Browns hosted the Pittsburgh Steelers in their TNF matchup. Naturally, the new Cavs recruit was given the privilege of destroying a Steelers guitar right before kick off.

The crowd went wild as Mitchell smashed a Steelers-themed electric guitar all over a huge amplifier that had the Browns logo emblazoned on it (h/t Browns Nation on Twitter):

Mitchell did his bit to hype the fans in attendance as he encouraged them to cheer on the Browns. It was an epic moment as Cleveland fans showed their love not only to the Browns, but to the new Cavs superstar recruit as well.

The Browns entered Thursday’s matchup at 1-1. Cleveland opened their season with a thrilling 26-24 win over the Carolina Panthers. They fell back down to earth in Week 2, though, suffering a 31-30 nail-biter against the New York Jets.

As for the Cavs, they’re now looking to take the next step this coming season now that they have Donovan Mitchell on their squad. They gave up a major haul to bring him in from the Utah Jazz, and they will be expecting some return on their investment early on.