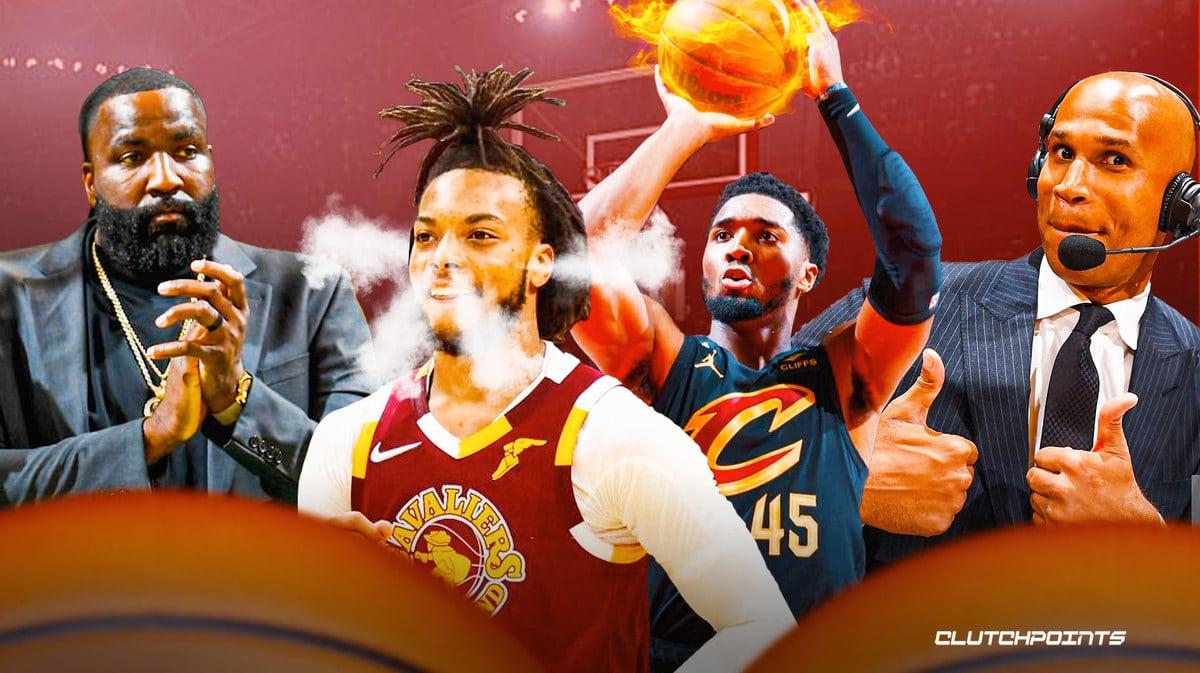 The Cleveland Cavaliers have the whole NBA world buzzing with their incredible start to the season. Not only did they improve to 6-1 after Wednesday’s win, but they also showed their dominance in the East with two wins against the reigning conference champions, Boston Celtics.

Former NBA big man Kendrick Perkins was hyped up about the Cavs after watching their thrilling showdown with the Celtics, going as far as to saying that they have the best starting unit in the league.

“I said it once and I’ll say it again. The Cavs got the Best Starting Five in the League! Carry the hell on…” Perkins wrote on Twitter.

Meanwhile, former Cavs forward and one-time champion Richard Jefferson couldn’t hold back his excitement as his former team climbs to the top of the East.

“Yooooo the Cavs and Bucks are currently the two best teams in basketball!!!!” Jefferson exclaimed.

Several other fans heaped praise on the Cavs and their recent strong performances. Like Perkins, they couldn’t help but point how deep the team is with Darius Garland and Donovan Mitchell leading the way.

Arlos Sara of ClutchPoints said, “Donovan Mitchell shot the ball poorly to start but Darius Garland kept the Cavs in the thick of things. It allowed Spida to have enough juice for crunch time. This is the luxury of having 1A and 1B.”

Others were simply ecstatic about the Cavs’ hot start, though one fan couldn’t help but mention a LeBron James “Coming Home” joke.

the cavs have only lost 1 game and the lakers have only won 1 game pic.twitter.com/KotpN9UbyP

It’s all fun in Cleveland, and rightfully so.