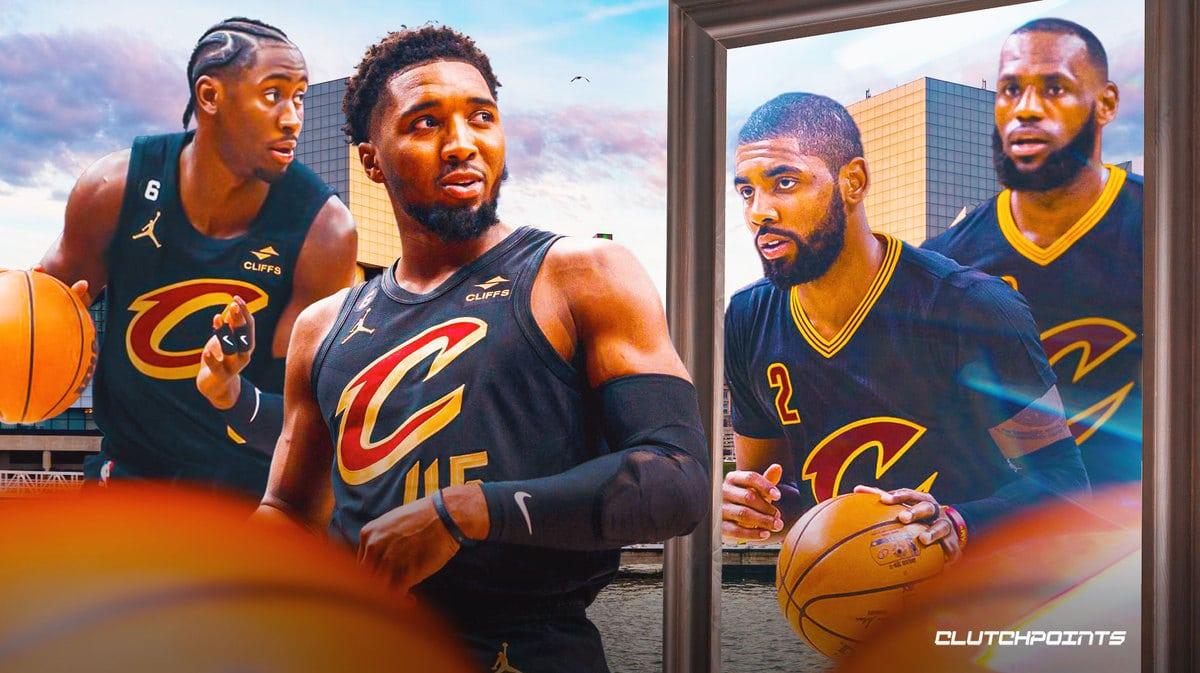 Donovan Mitchell and Caris LeVert went full LeBron James and Kyrie Irving on Friday as they combined for 82 points to help the Cleveland Cavaliers take down the Boston Celtics.

The two Cavs stars scored 41 points each, propelling Cleveland to the 132-123 win over Jayson Tatum and co. Cleveland was trailing for the most part, but the big performances from Mitchell and LeVert allowed them to force OT before dominating in the extended period.

Mitchell had four rebounds and three assists as well, while LeVert grabbed four boards, dished out seven dimes and made three steals in the victory. Meanwhile, Tatum and his running mate Jaylen Brown each had 32 points in the loss.

According to ESPN Stats & Info, it is only the second time in Cavs history where at least two players scored 40 or more points. The last time it happened was in 2016 in Game 5 of the 2016 NBA Finals. Interestingly at that time, LeBron James and Kyrie Irving chipped in 41 points each as well!

Tonight marks the second game in Cleveland Cavaliers history, including reg. season and playoffs, where they have multiple 40-point scorers.

The other was Game 5 of the 2016 NBA Finals with LeBron James and Kyrie Irving. pic.twitter.com/RX6qNW6KbD

While that doesn’t mean the Cavs are going to the NBA Finals again, fans will certainly love the connection. After all, it should only raise confidence that Cleveland has the talent to at least match the team that brought them a championship.

Even better for the Cavs, their primary star in Darius Garland wasn’t even in the game as he continues to nurse an eye injury.

The Cavs improved to 4-1 on the season with the victory. But more than the win, they are definitely happier to see Donovan Mitchell and Caris LeVert dominate like that, especially against the reigning kings of the East.