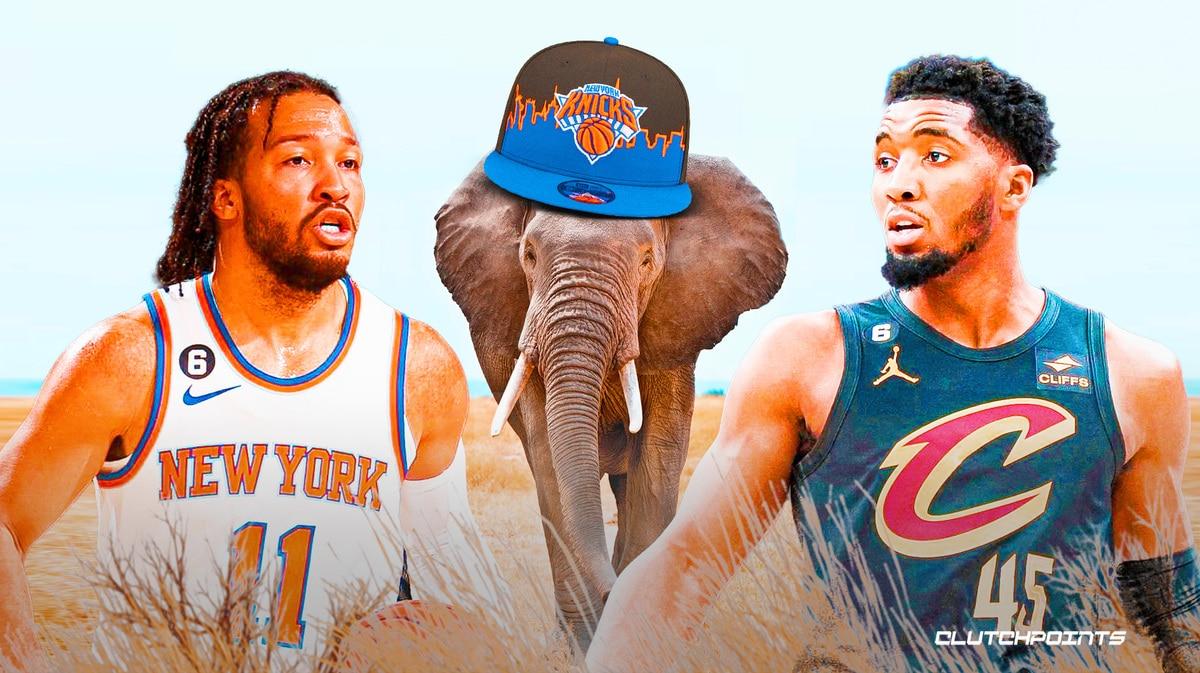 In an alternate universe, Donovan Mitchell would have been on the opposing side of the Cleveland Cavaliers’ Sunday tilt against the New York Knicks in Madison Square Garden.

Mitchell, who hails from the New York area, was the subject of intense trade rumors that led to hundreds of photoshopped images of him in a Knicks uniform. But the Cavs swooped in and put him in some wine and gold threads to end any Knicks fan fantasies.

After the Knicks-Cavs clash, Spida was asked about any added excitement in facing off against the Knicks near his hometown with dozens of friends and family in attendance. He made it clear that he’s completely happy with ending up in Cleveland despite losing out on the opportunity to play at home, via ESPN’s Tim Bontemps:

“I think more so playing in front of my family and friends,” said Donovan Mitchell.“What’s done is done, and I’m happy as hell to be where I’m at. At the end of the day, this decision was made and I don’t think I’ve been happier since I’ve been in the league. But I think for me it’s always going to be motivation to come back and play well in my hometown, but you could say that about anybody. But with what happened this summer, it’s over with, it happened and I’m happy to be with the Cavaliers.”

As far as NBA superstars go, Donovan Mitchell is as far away from problematic as they come. He’s fully embraced the community in Cleveland and is playing the best basketball of his life in a Cavs uniform. The Knicks path will always remain a what-if, but it doesn’t sound like there are any regrets thus far.