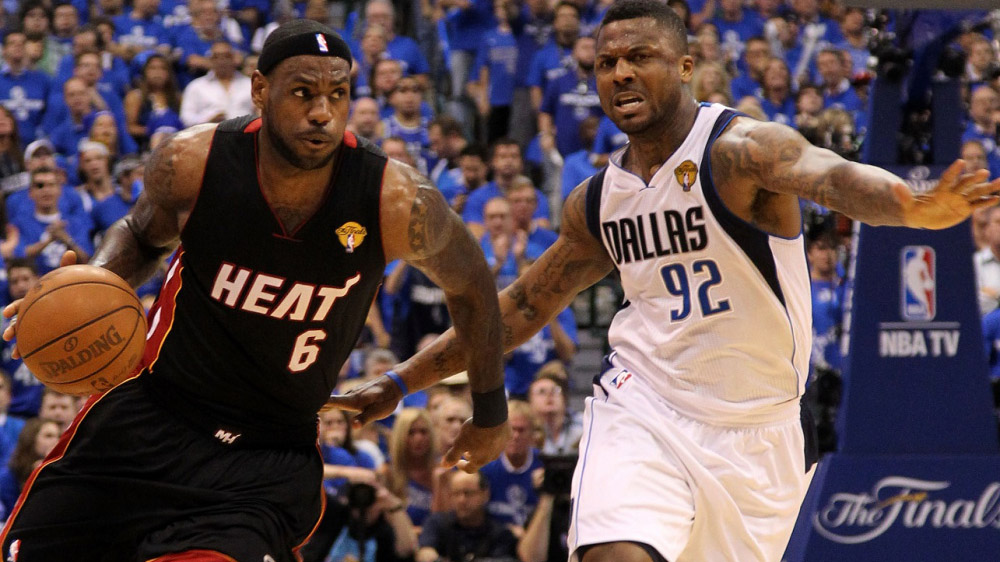 DeShawn Stevenson, a former NBA veteran of 13 years and current BIG3 League competitor, recently sat down for an interview with Nick Angstadt of the Locked on Mavericks podcast to discuss what it’s like guarding Cleveland Cavaliers superstar LeBron James.

Nick: “Today we’re looking back at the 2011 Finals, I’m sure you have tons of fond memories about that, what is it like to be in the NBA Finals on the biggest stage at home at the AAC in Dallas, and to set up, stop, and pop and hit a transition three in front of the home crowd? What does that feel like?”

DeShawn: “It feels good man, we played good that series. I played exceptional that series and we brought a trophy home and winning basically in Miami especially with me playing Lebron for so many years and him beating me and winning a championship in Game 6 it was a fun, memorable situation.”

DeShawn: “It’s hard, he’s a hell of a player, very talented so it’s always tough. But you know, with that team and the way my mentality was, we just had that team that we wasn’t going to stand for anything.”

Nick: “You weren’t going to take anything, and if you did you’d probably slap him a little bit.”

James, now entering his 15th season in the NBA, is indeed one “hell of a player,” as Stevenson says. In his 74 games played last season, the King racked up some of the best averages of his career, scoring 26.4 points on 55 percent shooting from the floor, 8.7 assists (career-high), 8.6 rebounds (career-high), and 1.2 steals in 37.8 minutes per contest.

With no signs of slowing down, it seems James is poised to climb the ladder of NBA greatness even further.